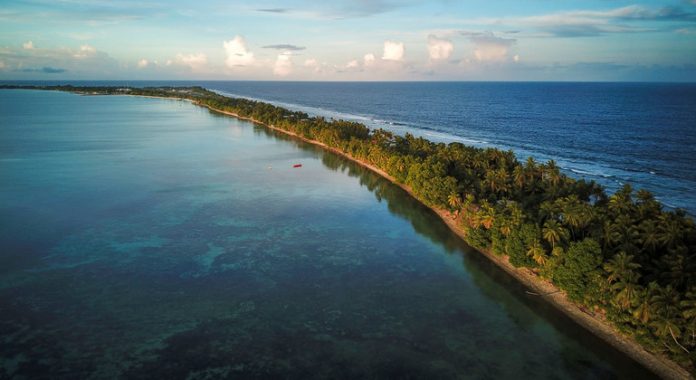 Referring to the recent UN Secretary-General’s report Our Common Agenda, for a better, greener, and safer future for all, Fiji’s Prime Minister Josaia V. Bainimarama outlined what that vision means for his country.

“We want islands inhabited by citizens who stand with nature and not against it. We want sustainable economic growth that is powered by clean energy and protected from the impacts of climate change. We want robust and resilient health systems, and we want good jobs and income supported by a green and blue economy.”

However, the world is on a course which is pushing that future even further out of reach, he warned.  The new coronavirus is “burning through humanity like a bushfire –– and inequity is fanning the flames”, while climate-driven catastrophes such as floods, heatwaves, fires and cyclones, have killed hundreds this year alone and caused immense damage.

“We must find new frontiers of co-operation if we stand any chance of averting future pandemics – or staving off the worst of climate change,” said Mr. Bainimarama in a pre-recorded statement.

“If Small States are to build back greener, bluer, and better, we will need an equal voice about and vote on decisions that determine our future. Small States need our interests heard, understood, and acted upon.”

Just weeks after the pandemic was declared in March 2020, Tropical Cyclone Harold struck Vanuatu, causing extensive devastation to the archipelago before hitting the Solomon Islands, Fiji and Tonga.

Like many Pacific Island nations, Vanuatu was able to keep COVID-19 at bay through swift lockdown measures, but these have “crippled” the local economy, Prime Minister Bob Loughman Weibur said in his pre-recorded address.

Rapidly closing the country’s international borders “meant transitioning from a health threat to an economic emergency”, he said, with many businesses, particularly those that rely on tourism, effectively shuttered.

“No tourist arrivals and a reduced resident community immediately impacted the hospitality and construction sectors, putting at least 8,000 formal jobs in jeopardy and affecting the livelihoods of tens of thousands of people in the informal sector. For more than 1,000 licensed handicraft artisans, their incomes plummeted to near-zero.”

Though it remains COVID-19 free, Tonga underlined its strong commitment to multilateralism. Prime Minister Pohiva Tu’i’onetoa expressed condolences to, and solidarity with, all countries which have lost citizens to the disease while also confronting “unprecedented natural disasters and other tragedies.”

Tonga, which has a population of around 105,000, received vaccinations through the global solidarity initiative, COVAX.  Roughly one-third of the population has been inoculated to date, and the aim is to reach up to 70 per cent by the end of next year.

But the Prime Minister noted that Tonga is ranked the world’s second most at-risk country when it comes to natural disasters such as cyclones, flooding and sea level rise. Therefore, meeting the goals of the Paris Agreement on climate change, which seeks to limit global temperature rise to 1.5 degrees above pre-industrial levels, is a priority, even though the country’s contribution to greenhouse gas emissions is negligible.

“Should countries fail to reduce greenhouse gas emissions, presenting a high emissions scenario, it is highly likely that this will result in an increase on average of sea level – five times that in low emissions, and such is not an option specifically for Tonga and low-lying small island States in the Pacific and the rest of the world,” he said.

Samoa: COP26 must be about action, not a ‘talk shop’

“It is about action for survival, and we all need to shoulder our responsibilities and play our part,” she said, adding: “The big polluters and emitters need to demonstrate more commitment and leadership.”

The Prime Minster went on to say that the increase and frequency of natural disasters and environmental threats are seemingly only going to worsen. The latest report form the IPCC, the UN climate change panel, had shown that global greenhouse gas emissions must be halved in the next decade and to reach zero emissions by midcentury if the promise of 1.5 degrees Celsius is to remain within reach.

“The upcoming COP in Glasgow is our point of no return. Our commitments from there onwards will determine the future trajectory of our planet. Can we avoid a climate catastrophe in our children’s lifetime?”

Ms. Mataafa said the United Nations must understand and respect the unique cultures and diversity of small island nations “and embrace our differences to help build the future we want through partnerships, multilateralism and united international cooperation are our best response to the many threats we face.” Samoa, she said, was confident that despite all the challenges even existential threats ‘there is still hope if there is unity amongst our UN family.”

Tuvalu asks: How strong will the next tropical cyclone be?

Prime Minister Kausea Natano before asking the Assembly: “How strong will the next tropical cyclone be? What about our traditional culture and heritage? What will happen to us? What will happen to our human rights? Will Tuvalu remain a member of the of the UN if it is finally submerged? Who can help us, and will they help us?”

These are valid but difficult moral and political questions millions of people in low lying coastal areas continue to grapple with. “Until we have answers, sustainable development for us will only be wishful thinking and a short-term goal running on borrowed time. Not a reality we can accomplish,” he stated.

The international community must now consider solutions to protect the rights of people affected by the impacts of climate change and to avoid chaotic responses to uncontrolled mass climate displacement.

“Indeed, the cost of continuous rebuilding after every tropical storm and adapting to increasing sea levels leaves little fiscal space for investment in the SDGs, our global climate actions must focus on the root causes of climate change to break this cycle of costly and continuous rebuilding,” explained the Prime Minister, adding that one obvious sustainable solution is to stop and reverse increasing global temperatures.