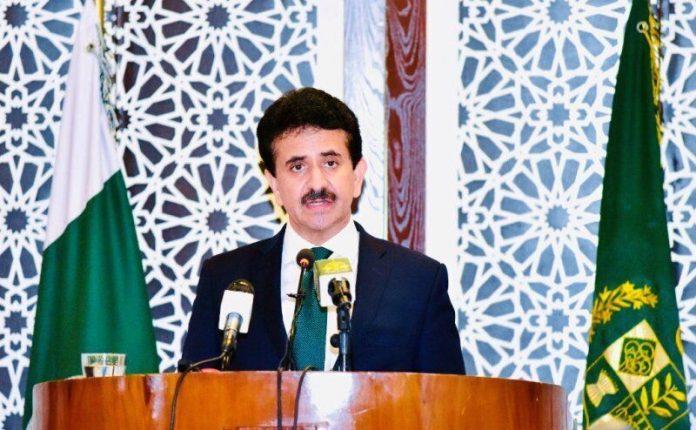 Foreign Office spokesperson Zahid Hafeez Chaudhri said that Pakistan abides by commitment to the full realisation of the legitimate rights of the Palestinian people.

Chaudhri responding to media queries said: “There’s no change in Pakistan’s position on Palestine and the Middle East Peace Process”.

He said that peace and stability in the Middle East region remained Pakistan’s key priority.

“We have an abiding commitment to the full realization of the legitimate rights of the Palestinian people, including the right to self-determination,” he stated.

For a just, comprehensive and lasting peace, he added that Pakistan had consistently supported a two-state solution in accordance with the relevant United Nations and OIC resolutions as well as international law, with pre-1967 borders and Al-Quds Al-Sharif as the capital of Palestine.

As for the recent developments, the spokesperson stated that Pakistan’s approach would be guided by our evaluation of how Palestinians’ rights and aspirations were upheld and how regional peace, security and stability were preserved.

Prime Minister of Pakistan strongly believes that any one-sided settlement imposed on Palestinians will not solve the issue.

Earlier Pakistan’s Prime Minister Imran Khan during an exclusive interview with Al Jazeera news channel said any unilateral agreement on the Palestinian issue in the name of establishing so-called peace would not work.

He said that Zionist regime must recognize that if they do not allow Palestinians to have a just settlement, a viable state, this issue is not going to die down and it will just keep festering.

Foreign Minister of Pakistan Shah Mahmood Qureshi had also stated: Mohammad Ali Jinnah, the late founder of Pakistan had made it clear that Israel is a usurper and illegal regime, so we will never give up our moral, political and humanitarian support to the Palestinian people.