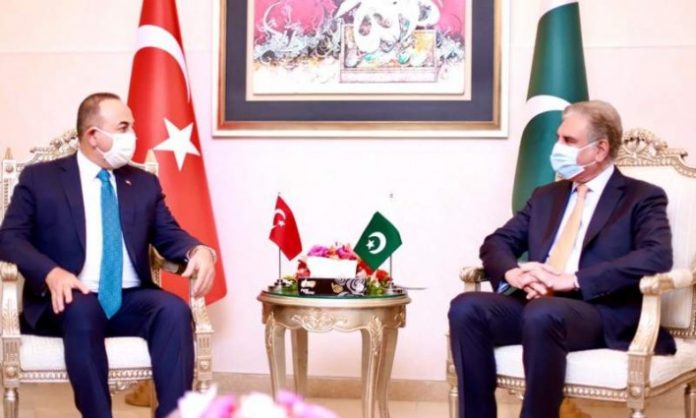 During the meeting, the two ministers discussed various dimensions of bilateral relations including political and diplomatic engagement, economic cooperation, as well as the regional security situation.

Qureshi highlighted the excellent Pak-Turkish relations, saying that they are based on shared history and commonality of views. He also expressed appreciation for Turkey’s principled and steadfast support on the issue of Indian Illegally Occupied Jammu and Kashmir (IIOJ&K).

Meanwhile, Qureshi underscored Pakistan’s abiding interest in a peaceful, secure and stable Afghanistan, pointing to Islamabad’s ​consistent efforts to facilitate the Afghan peace process. He expressed the hope that the Afghan parties would realize the opportunity and work out an inclusive politically negotiated settlement.

The two parties also discussed the ongoing preparations for the Seventh Session of the High-Level Strategic Cooperation Council (HLSCC) that will be held in Turkey after the blessed month of Ramadan.