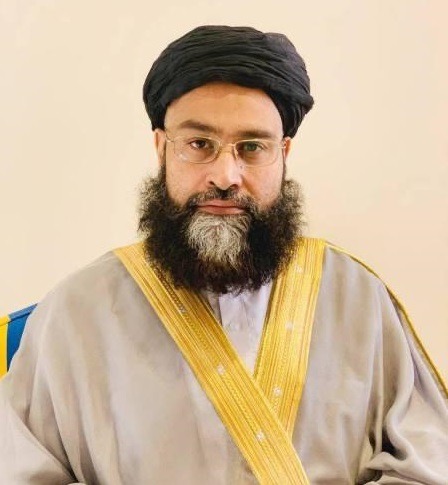 Jeddah (UNA-OIC) – The Pakistan Ulema Council (PUC) praised the success of the Hajj season 1442 AH (2021), expressing its appreciation and gratitude for the great efforts and wise decisions adopted by the Kingdom of Saudi Arabia to organize this year’s successful Hajj season.

PUC Chairman Sheikh Tahir Mehmood Ashrafi said that the wise directives issued by Custodian of the Two Holy Mosques King Salman to organize this year’s Hajj and his keenness to enhance the security and safety of the pilgrims, are undoubtedly blessed and perfect decisions.

He noted that these decisions were implemented under the direct supervision of Crown Prince Mohammed bin Salman, who was keen on the success of the past Hajj seasons and this year’s season in particular, given the extremely difficult circumstances resulting from the global outbreak of the coronavirus pandemic, leading to organizing an exceptional Hajj season this year.

Sheikh Ashrafi affirmed that with the grace of Allah Almighty and then with the wisdom of the wise leadership, Saudi Arabia was able to tackle with coronavirus perfectly as it contained the pandemic by using a preventive action plan and a comprehensive medical program, as well as taking firm and necessary precautionary measures to limit the spread of the epidemic, control its devastating effects and prevent its transmission from abroad to the Kingdom through a comprehensive medical system that contributed to controlling the situation and preventing the spread of the disease.

The PUC chief stressed that everyone commends the efforts of Saudi Arabia, thanks its leadership and appreciates its care in developing the system of Hajj, Umrah and Visit services, which has continued since the era of the founder, late King Abdulaziz Al Saud. He pointed out that this development process is still continuing in this prosperous and auspicious era to serve Islam, under the leadership of Custodian of the Two Holy Mosques King Salman bin Abdulaziz and Crown Prince Mohammed bin Salman.

Sheikh Ashrafi said that serving the pilgrims has become a tangible reality, as there are concrete efforts viewed by everyone around the clock through the media and social networks. He stated that these efforts, which have become a global school in the system of dealing with crowds, are appreciated by all the peoples of the Islamic Ummah.

The PUC chief said that Saudi Arabia is a great country that has a high status among the world’s nations, and Allah Almighty has supported its leadership to serve the Two Holy Mosques, and enabled them to have good organization, management, planning and follow-up to ensure the security and safety of Muslims in general and those who visit the Makkah Grand Mosque in particular.

Sheikh Ashrafi affirmed the PUC’s support for all the Saudi decisions that reflect the Kingdom’s keenness and its wise leadership on the security and safety of the pilgrims, performance of the Hajj rituals with ease and comfort, Hajj being free from difficulties, dangers and epidemics, and provision of the best services for pilgrims and Umrah performers from the moment of their arrival in the Kingdom until their departure to their countries.