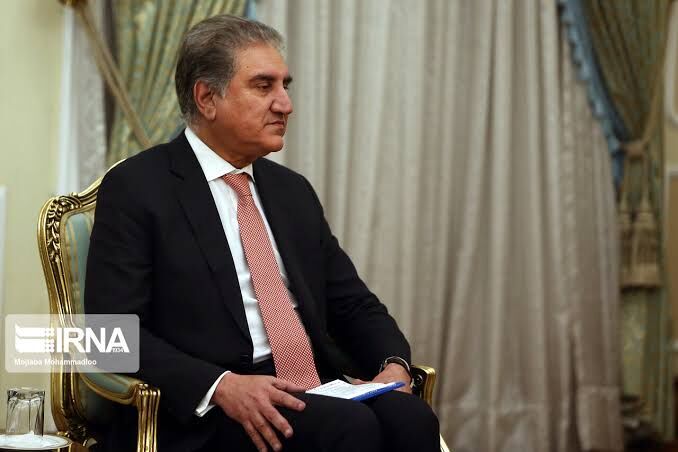 According to official sources, Shah Mahmood Qureshi has left for the United Arab Emirates leading a high-level political-economic delegation in the first phase of his regional tour.

After Abu Dhabi, he is scheduled to travel to Tehran, Doha and Istanbul, respectively. The visit, which coincides with President Joe Biden’s decision to withdraw US troops from Afghanistan by September 11 this year, is considered very important.

The Pakistani Ministry of Foreign Affairs in a statement said Shah Mahmood Qureshi has reached UAE on a three-day official visit where he will meet with his Emirati counterpart and other senior officials to discuss strengthening bilateral ties, discuss ways to expand economic cooperation, and in particular job opportunities for Pakistani workforce.

The Pakistani Foreign Minister will also discuss with Abu Dhabi officials the latest developments in regional security, including the Afghan peace process and the developments in the subcontinent.

Pakistani Foreign Minister, who is scheduled to travel to Tehran in the second phase of his regional tour, met with Foreign Affairs of the Islamic Republic of Iran, Mohammad Javad Zarif on the sidelines of International Heart of Asia Conference in Dushanbe, Tajikistan on March 30, to discuss bilateral relations and regional developments.

Pakistani diplomatic sources told media that bilateral relations, economic cooperation and exchange of views on the situation in Afghanistan is on the agenda of the Pakistani Foreign Minister’s meeting with senior Iranian officials.

The Pakistani newspaper “Express Tribune” reported today that foreign minister Qureshi will travel to Qatar after Iran and will finally reach Turkey to attend the UN conference on Afghanistan.

The report said Qureshi’s visit was aimed at building consensus among key stakeholders in the Afghan peace process ahead of the UN conference, although the Taliban did not want to attend the Turkish summit until US withdraws its troops.

Islamabad fears that the failure to reach a peace agreement will lead Afghanistan to another stage of unrest and complex situation.

Developments in Afghanistan, especially over the past years, and the negotiations between the Kabul government and the Taliban have accelerated the diplomatic and political efforts of neighboring Iran and Pakistan to help bring peace and stability to Afghanistan.

The Islamic Republic of Iran and Pakistan, Afghanistan’s two neighbors, which also host millions of Afghan refugees, have a significant role to play in managing efforts to help the situation in the country, and Tehran-Islamabad consensus is expected to resolve the current situation in Afghanistan by reaching a comprehensive and long-term agreement.

Earlier Qureshi had paid an official visit to Iran on January 12, 2020. Having chosen the holy city of Mashad as his first destination, he went to Tehran after visiting the holy shrine of Imam Reza (AS) and then had important meetings with President Hassan Rouhani and Foreign Minister Mohammad Javad Zarif.