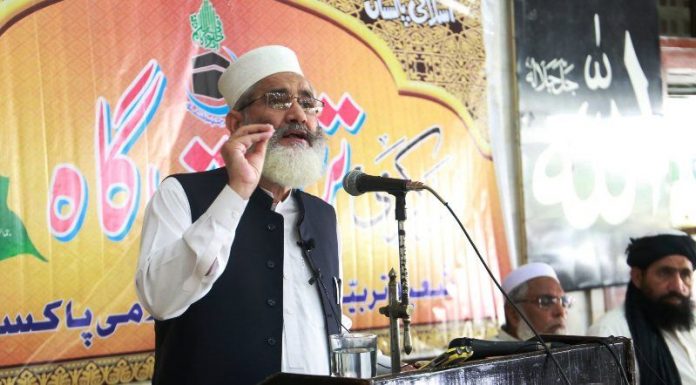 Senator Sirajul Haq in a statement said the decision hurt the feelings of entire Muslim Ummah and put in danger the free Palestine cause.

He expressed resolve that Pakistani nation and Jamaat-e-Islami were standing shoulder to shoulder with their Palestinian brethren in their fight for freedom of Masjid-al-Aqsa and al-Quds.

Earlier Prime Minister Imran Khan had said any unilateral agreement on the Palestinian issue in the name of establishing so-called peace would not work.

He said that Zionist regime must recognize this that if they do not allow Palestinians to have a just settlement, a viable state, this issue is not going to die down and it will just keep festering.

Foreign Minister of Pakistan Shah Mahmood Qureshi had also stated: Mohammad Ali Jinnah, the late founder of Pakistan had made it clear that Israel is a usurper and illegal regime, so we will never give up our moral, political and humanitarian support to the Palestinian people.