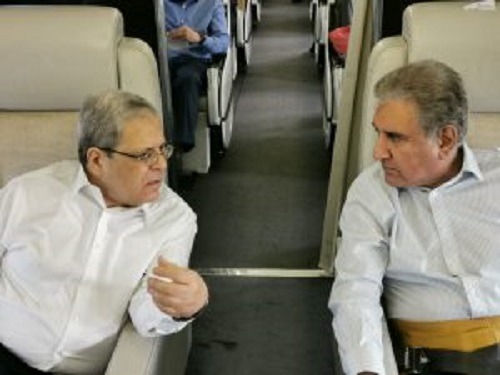 Qureshi said the Muslims across the world had been under immense pain and anguish over the desecration of Jerusalem’s Al-Aqsa Mosque. He added that the faithful offering prayers were targeted with barbarity during the holy month of Ramadan, which was highly condemnable.

He reaffirmed Pakistan’s solidarity with the people of Palestine and resolved that Islamabad would continue extending political, moral and diplomatic support to Palestinians.

The Pakistani minister said the use of sophisticated weapons by the invading Israeli forces against the innocent Palestinians was a gross violation of human rights and international conventions.

Every heart was grieved at the deaths of Palestinian civilians, especially at the martyrdom of minors, he said, stressing that the worsening situation in Palestine requires the immediate attention of the international community.

Both sides agreed to continue their endeavors, under international laws, to bring an end to Israeli aggression and oppression against Palestinians, and to seek an early peaceful solution to the issue.