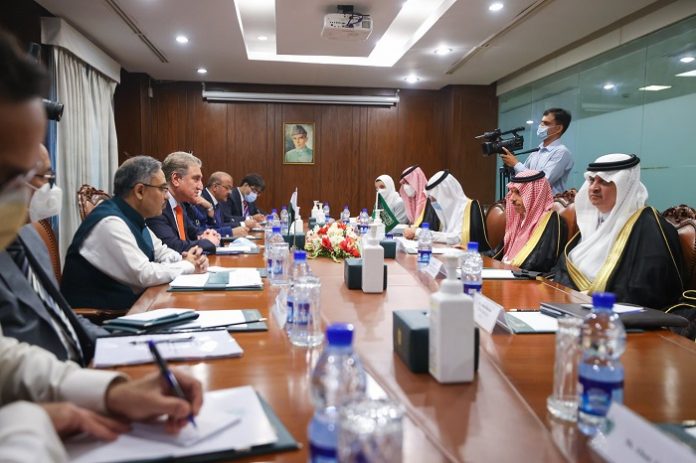 During the meeting, the two sides discussed the importance of expanding and intensifying prospects of bilateral cooperation and coordination, in addition to enhancing them in various fields. They also examined regional and international issues of mutual concern, which contribute to supporting and strengthening security and stability.

Further, the meeting dealt with the fruitful results of Pakistani Prime Minister Imran Khan’s recent visit to Saudi Arabia, and his meeting with Crown Prince Mohammed bin Salman, during which they signed an agreement to establish the Saudi-Pakistani Supreme Coordination Council that would realize the two countries’ common aspirations towards further cooperation and prosperity.

Both parties affirmed the need for concerted efforts by the Islamic world to confront extremism and violence and to renounce sectarianism, and strive to achieve international peace and security. They also emphasized the importance of continuing joint efforts to combat the phenomenon of terrorism, which has nothing to do with any religion, race or color, in as well as to confront all its forms and manifestations, whatever their source.