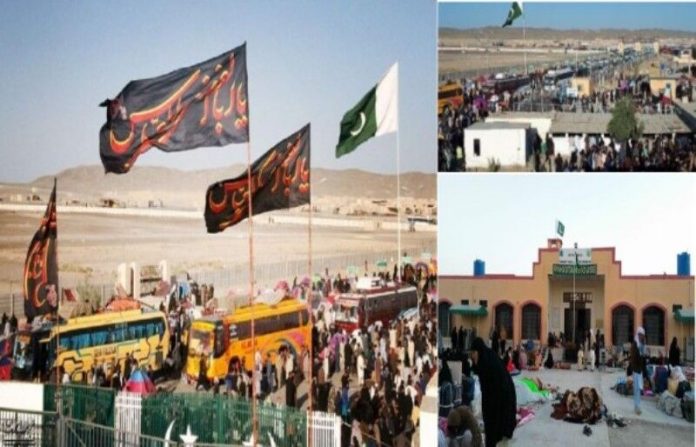 According to facts and figures each year at least 120,000 Pakistani pilgrims travel to Iran especially in the months of Muharram and Safar and many of them after their pilgrimage to Mashhad and Qum also visit holy sites in Iraq and Syria.

Urdu newspaper 92 reported on Wednesday that the Ministry of Religious Affairs has prepared the pilgrimage management policy for Iran, Iraq and Syria on the lines of Hajj policy which has also been sent to the Federal Cabinet for approval.

After security clearance, licensed visitor groups, organizers and tour operators will only be able to send pilgrims to Iran, Iraq and Syria. Pilgrims will be provided with the best travel facilities, accommodation, security and guidance.

Saudi-style Pakistan House will be set up in Taftan, Najaf and Karbala. An office will be set up in Karbala with directorates in Mashhad and Quetta. A Memorandum of Understanding (MoU) will be signed with Iran and Iraq through the Ministry of Foreign Affairs to finalize the visa policy for pilgrims.

Under the policy, Iranian and Pakistani airlines will be able to carry pilgrims from all airports in Pakistan’s major cities. Pilgrims from Sindh province will be able to enter Iran through Mand and Gabd crossing points. The Ministry of Religious Affairs will also set up a Pilgrim Protection Fund.

Ferry service and immigration points will be opened in Gwadar for the pilgrims. Under the new policy, the pilgrimage quota for Pakistan will be abolished. The condition of collecting an additional fee of Rs. 10,000 from the visiting pilgrims was also removed.

The pilgrim management community for Balochistan will include representatives from the Shia community, members of the Senate and National Assembly of government and opposition benches.

The federal cabinet will give the final approval to the pilgrimage management policy prepared by the Ministry of Religious Affairs.