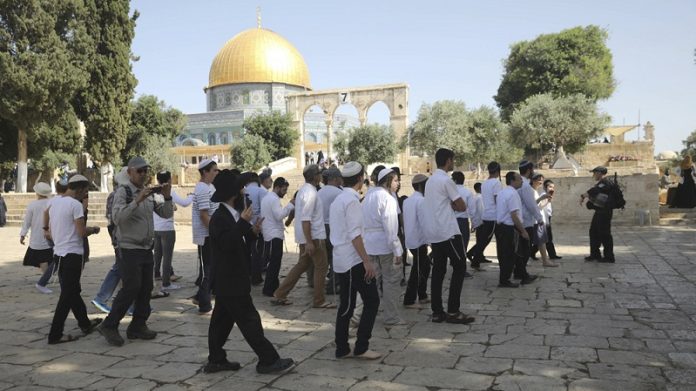 Ramallah (UNA-OIC) – The Palestinian Ministry of Foreign Affairs and Expatriates on Wednesday condemned the unprecedented decision of an Israeli court granting Jews the limited right to perform silent prayers in the courtyards of Jerusalem’s Al-Aqsa Mosque.

The ministry in a statement condemned the decision as flagrant aggression against Al-Aqsa Mosque, stating that this decision constitutes a declaration of war against the Palestinian people and the Arab and Islamic nations and an open call to a religious war in the region.

It said that such a decision is a step towards dividing the holy compound, warning of its dangerous consequences on Al-Aqsa Mosque and its historical and legal status quo.

The ministry stressed that it is exerting all efforts and employing all political and diplomatic action at all levels to confront this decision, adding that it will coordinate all efforts with Jordan, the Arab League, and the Organization of Islamic Cooperation (OIC) on both the regional and international levels.

The foreign ministry called on the Arab and Islamic worlds to confront this decision and its dangers on Al-Aqsa Mosque with the utmost seriousness.