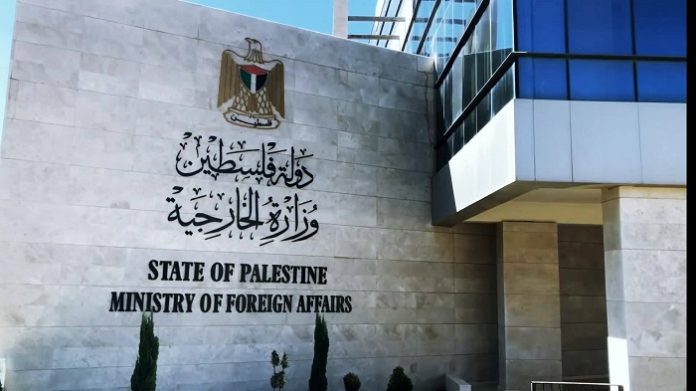 Ramallah (UNA-OIC) – The Palestinian Ministry of Foreign Affairs and Expatriates has condemned the construction of a huge Israeli bus station on a piece of land south of the West Bank city of Nablus.

Establishing the settler-only project “undermines the chances for making peace based on the vision of the two-state solution”, the Ministry of Foreign Affairs said in a statement published by WAFA on Sunday.

“The new project includes building a bus station for Israeli settlers between Ramallah and Nablus to facilitate their movement and link the settlement road network with Israel,” said the statement.

It added that the Israeli project “falls within the context of the Israeli government’s attempts and its race against time to annex the West Bank”.

The Ministry noted that this project aims to “sabotage any chance of establishing a viable and sovereign Palestinian state with East Jerusalem as its capital”.

According to Israeli and Palestinian estimates, about 650,000 Israeli settlers live in 164 settlements and 124 outposts in the West Bank and East Jerusalem.

The Israeli settlements are the most problematic issue in the Palestinian-Israeli conflict and one of the main reasons for floundering direct peace negotiations between Palestine and the Israeli occupation in 2014.