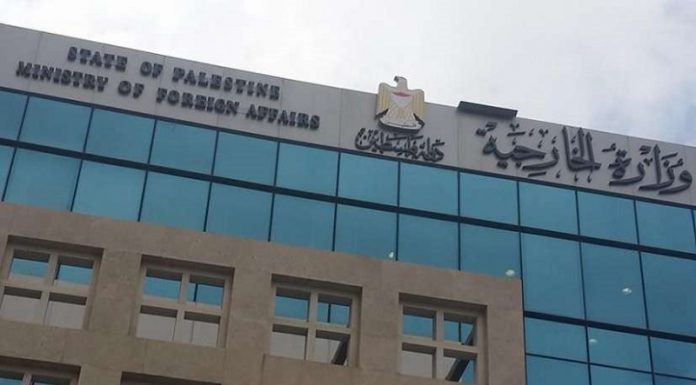 Ramallah (UNA-OIC) – Palestine’s Ministry of Foreign Affairs and Expatriates expressed the Palestinian leadership’s rejection of the announcement made by Slovak Foreign Minister Ivan Korcok regarding his ministry’s intention to open a cultural center in Jerusalem.

Foreign Ministry’s Undersecretary Amal Jado denounced, during a phone call with Political Director of the Slovak Ministry of Foreign and European Affairs Roman Buzec, the announcement as a violation of international law, relevant UN resolutions and the unified position of the EU on opening official diplomatic offices in Jerusalem.

She stressed that such an announcement does not serve efforts to revive the Middle East peace process, and encourages Israel, the occupying power, to proceed with implementing its projects to annex and Judaize the occupied city of Jerusalem.

Jado called on the Slovak side to reverse this decision in compliance with international law and the unified European position on the city of Jerusalem.