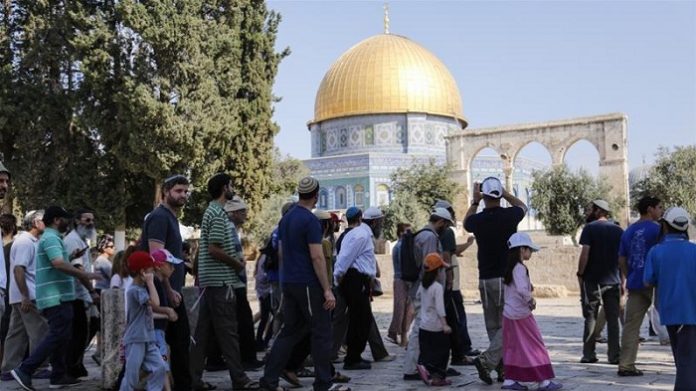 Ramallah (UNA-OIC) – Palestine and Jordan are coordinating their efforts to protect Al-Aqsa Mosque, Islam’s third holiest site in Jerusalem’s Old City, from the ongoing Israeli incursions and violations of its status.

This was discussed in the meeting between the foreign ministers of the two countries held last week in the Jordanian capital, Amman, according to the Palestinian Ministry of Foreign Affairs and Expatriates.

The ministry said it takes very seriously the Israeli escalation against Al-Aqsa Mosque, including the continuous daily intrusions and the performance of Jewish religious rituals on its premises at a time Palestinians are denied free access to their holy site.

It called on the international community, the UN Security Council, and UNESCO to take the necessary measures to protect Christian and Islamic holy sites in Jerusalem, foremost of which is Al-Aqsa Mosque, against Israeli efforts to change the decades-long status quo in the occupied city.