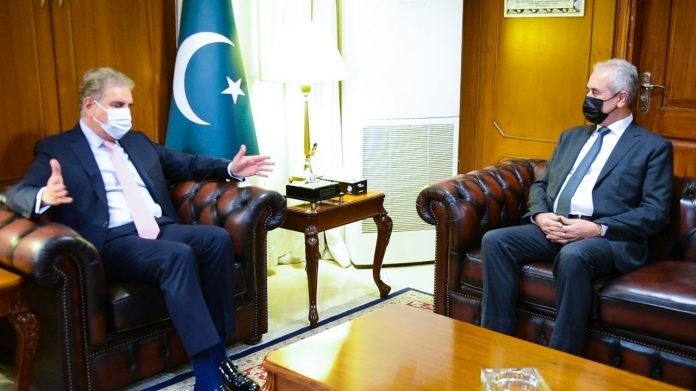 Islamabad (UNA-OIC) – Ambassador of Palestine Ahmed Jawad Rabaei on Monday expressed gratitude to Pakistan’s government for its unwavering support and steadfast policy on the Palestinian issue.

Foreign Minister Qureshi strongly condemned violence by the Israeli forces against innocent worshippers at Al-Aqsa Mosque during the holy month of Ramadan, the Foreign Office said.

Conveying his deepest sorrow and condolences for the innocent victims of lethal attacks by Israeli Defense Forces (IDF) in Gaza and the West Bank, he categorically condemned IDF’s continuous and indiscriminate attacks that had resulted in the martyrdom of more than 140 Palestinians, including 39 children and 22 women, and injured more than 1,000.

Reassuring Ambassador Rabaei of Pakistan’s ongoing efforts, Foreign Minister Qureshi briefed him about his outreach to his counterparts in important regional countries.

For his part, the Palestinian diplomat apprised the foreign minister about the latest situation on the ground, which was already dreadful due to COVID-19, and the ensuing humanitarian suffering.