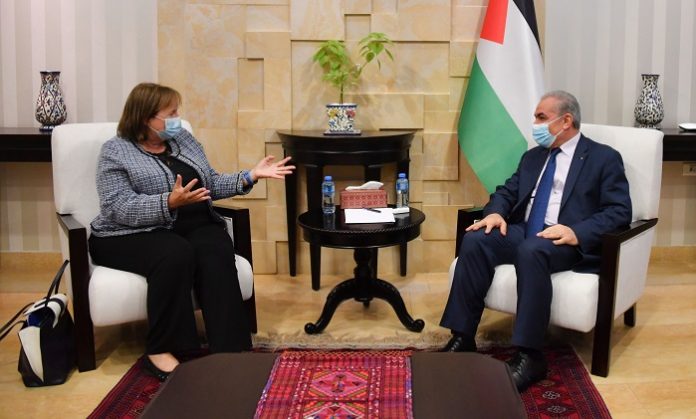 Shtayyeh stressed the importance of the EU’s serious engagement in any future peace process and its support for President Mahmoud Abbas’s call to hold an international peace conference under multilateral auspices.

He called on the EU to put pressure on Israel to respect the signed agreements and to stop settlement expansion that systematically destroys the possibility of establishing a Palestinian state on the pre-1967 borders, with Jerusalem as its capital.

The premier said that the holding of elections in Palestine is a national priority and a survival strategy for the political system and is not linked to external variables.

He added that the ongoing national dialogue is aimed at making the elections a gateway to address the consequences of the division, restore the democratic glow of Palestinian institutions, and to arrange the Palestinian internal home in light of the wars waged on the Palestinian cause with the aim of liquidating it.