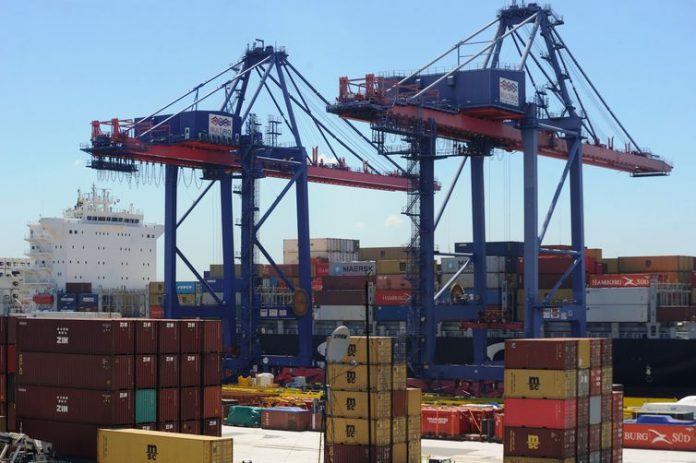 The pandemic of the novel coronavirus has made an impact on Brazilian foreign trade in April and May, as revealed in a survey conducted by the National Industry Confederation (CNI). The blow landed heavier on importers and companies investing in foreign countries. In these categories, 70 percent of businesses saw a decline in revenues. The earnings of 57 percent of exporting firms also faced a contraction.

Despite the shrinkage, figures indicate a slowdown in the reduction. In the previous study, which surveyed February and March, 80 percent of exporting firms had seen lowered revenues. In 42 percent of the companies affected, foreign sales fell below half of their pre-pandemic counterpart.

Of all importers, 26 percent stated they are buying less than 50 percent of what they imported before the spread of the disease.

The survey also gauged expectations among executives for the next 60 days. The numbers point towards a continuity in the recovery process, with 36 percent of exporters believing they will be negatively affected, as the proportion repeats itself among importing companies and those with investment overseas.

According to the CNI, even though foreign trade has been impacted by the pandemic, it will play a crucial role in the resumption of economic growth and the generation of employment and income. The crisis may serve as an opportunity for Brazilian companies to reconsider their strategies and strengthen international ties upon emerging from the pandemic.

Regarding target markets, 34 percent of exporters slashed their sales to Argentina in April and May, 23 percent to Bolivia, and 21 percent to Chile and the US. As for importers, 58 percent of firms cut their purchases from China, and 29% from the US. These two countries, CNI pointed out, are key markets for industry.

Of the companies investing in the international market, 70 percent said they reduced the amount of resources earmarked for foreign countries. The decline sharpest decline was felt by shipments headed for China (35%), the US (30%), and Germany (13%). In the outlook for the coming 60 days, the highest indicators of retraction are also observed for China (44%), and the US (31%).

The main concerns voiced by Brazilian businesses over their spot on the international stage are a plunge in exports (24%) and in production (19%). The increase in raw material prices comes third (15%).

Out of the nearly 200 companies heard, 60 percent import or export goods by sea. For these, the biggest difficulty has been the reduction in ship frequency, mentioned as a problem by 39 percent, followed by higher shipping costs (27%). Only 23 percent of businesses shipping by sea said they did not face any issues during the pandemic.

As for air transport, used by 43 percent of foreign commerce firms, the main challenge was the increase in shipping costs, cited by 54 percent of companies using this freight mode. Second comes lowered frequency of international flights (37%). Only 19 percent of companies that carry products by air did not report a problem.

The study was carried out from June 2 through 10, evaluating data for April and May from 197 Brazilian companies active in the international market—exporters, importers, or businesses with investment overseas.

ABOUT US
Media Monitors Network (MMN) is a non-profit, non-partial and non-political platform for those serious Media Contributors and Observers who crave to know and like to help to prevail the whole truth about current affairs, any disputed issue or any controversial issue by their voluntary contributions with logic, reason and rationality.
Contact us: [email protected]et
FOLLOW US
Copyright © 2000 - MMN International Inc. All rights reserved.
Reproduction in whole or in part without permission is prohibited.
All other brands, logos, and product names are registered
trademarks or service marks of their respective owners.
ResponsiveVoice-NonCommercial licensed under