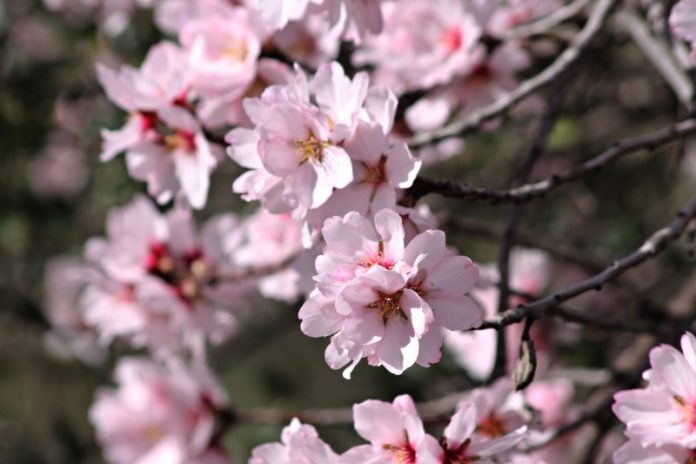 PITY THE almond tree, especially when it is in full bloom.

The bloom of the almond is, in German, Mandelblüt. That is also the name the Israel’s chief legal official, called “the Legal Advisor of the Government”.

The Legal Advisor is appointed by the government, but is supposed to be completely independent. He is in practice the Attorney General, the person who has the final say about indicting people, especially the prime minister. That is now his unhappy lot.

Now Mandelblit (as we pronounce his name in Hebrew) is in an impossible position. The prime minister has been officially accused by the police on two counts of bribery. Now Mandelblit must decide whether to put him on trial.

But Binyamin Netanyahu has been his benefactor for a long time, pushing his career to the top. Do you bite the hand that has fed you? Or do you shirk your duty?

AVICHAI MANDELBLIT was born in Tel Aviv into a right-wing family. His father was a member of the Irgun and a rightist party stalwart. Avichai (“My Father Lives”, meaning God) adopted religion at the age of 25 and put a kippah on his head.

After studying law, he served in the army as a military judge in the occupied Gaza Strip and other military jobs, until he became the chief legal officer of the army. From there it was but a short jump to the job of “government secretary”, the right-hand man of the Prime Minister, who happened to be Binyamin Netanyahu.

When the office of “Legal Adviser of the Government”, an official with immense power, became free, Netanyahu looked around for a candidate. And who did he see? Yea, quite right – the good, loyal Mandelblit.

On the horizon there were looming already all kinds of criminal suspicions. The crucial position of Legal Advisor was becoming very important. So, choosing the religious, right-wing lawyer was a clever move.

How clever? Well, we will soon know.

NETANYAHU HAS not always made the cleverest choices.

Almost at the same time as he chose the Chief Legal Advisor, he also chose a new Chief of Police.

His choice was a total surprise. He did not pick one of the senior policemen, each of whom had years of experience behind him, but a completely anonymous person. And not anonymous by accident: he was the No. 2 of the internal security service (Shin Bet).

Roni Alsheich did not want the job. He wanted to be the chief of the Shin Bet. But Netanyahu almost compelled him. He promised to appoint him Shin Bet chief if he – Netanyahu – were still Prime Minister in four years time. That was a not-so-subtle hint: you help me keep my job, and I give you the job you desire.

The new police chief was an enigma. He is of Yemenite descent, rather unusual for Israel’s elite. He does not look like a police officer. A joker once called him “a barrel with a mustache”. He does not talk in public – as befits a person who has spent most of his life in the secret service.

With these two loyalists in place, Netanyahu had nothing to fear. A number of criminal suspicions popped up, but nobody believed that anything would come of them. Netanyahu was just too clever.

What were the suspicions about?

1. A billionaire with large business interests in Israel for ten years provided him with Cuban cigars of the most expensive kind, as well as “pink” champagne and some jewelry for the lady, all in all about a quarter of a million dollars. An Australian billionaire chipped in.

2. There was a deal with the boss of the second largest newspaper in Israel to enact a law clipping the circulation of the No. 1, in return for favorable coverage. The adoring coverage of newspaper No. 1 was assured anyhow. It belongs to Sheldon Adelson, an American casino billionaire, and its sole purpose is – quite openly – to glorify Netanyahu.

The third matter concerns suspicions of bribes from a German shipbuilder, which produces submarines for Israel’s atomic weapons. It’s a multi-billion deal. Suspicions run high but have not yet been aired publicly.

No serious person in Israel expected anything to come of any of these affairs. With the hand-picked chief legal officer and the chief of police safely in place, how could it?

And then, two weeks ago, a bomb exploded. The taciturn policeman suddenly appeared on TV, and hinted that the police were about to publish recommendations to indict Netanyahu for bribery in the first two affairs.

Can a similar terrible thing happen now with the Legal Adviser? Can he suddenly turn out to be a man of integrity too? Sooner or later he must decide whether to indict Netanyahu or not.

WHEN THE police chief hinted on TV about the coming police decision to recommend indictment, my first impulse was to rush and clean the air-raid shelter at my home.

When you are Prime Minister and in deep domestic trouble, the first thing you think about is a military crisis. Nothing like a military emergency to divert attention from your misdeeds towards the national interest.

And lo and behold – two days after the TV announcement about the police recommendations, the Iranians were so kind as to provoke a crisis.

An Iranian spy drone entered Israeli airspace from Syria and was promptly shot down. In response, the Israeli Air force sent its planes to bomb Iranian positions in Syria. An Israeli plane was shot down – a very rare occurrence Indeed, and fell near a kibbutz. Both crewmen bailed out and one was severely injured.

The criminal business was swept off the table. Everybody spoke about the coming war. But then Vladimir Putin intervened and put an end to that nonsense.

No war this time. The police published their findings and recommended that Netanyahu be put on trial on two counts of bribery. The entire country was glued to their TV sets. Everything else was forgotten.

Netanyahu did what he does best. He made a live statement on TV. He accused his accusers of all kinds of misconduct. These scoundrels, he more than intimated, were ready to risk the very existence of Israel, just out of spite against him. But not to worry, he has no intention of resigning, even temporarily.

Looking us straight in the eye, shining with honesty, he promised us that he will not forsake us. Since he is the only person on Earth able to ensure our safety, he will remain at his post and protect us, come what may.

Surely not. But when he has to make a fateful decision in a crisis, between two meetings with his lawyers, will his head be completely clear?

How long can this go on? Experts assess that Mandelblit, in his desperation, can draw his decision out for a year. He must think. Thinking takes time,

THERE WAS this Polishnobleman who called his Jew and told him: “I love my dog dearly. Jews are clever people. You can teach my dog to speak. Do it. Otherwise I shall kill you!

“No problem,” the Jew answered. “But teaching a dog to speak is a very difficult task, It takes time. I need two years.”

When the Jew’s wife heard this, she started to wail. “You know you can’t teach the dog to speak!” she cried.