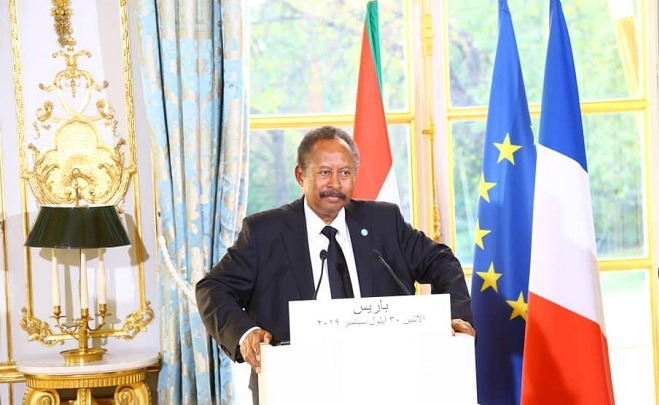 Paris (UNA-OIC) – Sudanese Prime Minister Dr. Abdalla Hamdok announced that the World Bank (WB), the International Monetary Fund (IMF) and the African Development Bank (ADB) have written off Sudan debts, a matter that will foster the country’s full return to the international community.

In press statements following the special session on addressing Sudan debts, Hamdok expressed his country’s pleasure at the outcome of the Paris Conference, held on Monday, with the participation of African leaders, international creditors, and representatives of more than 40 countries.

The prime minister stated that the conference has allowed Sudan to show the world the challenges, the change and the priorities of the transitional government.

“The conference is considered the kick-start for the reintegration of the country into the international community,” he added.

It is noteworthy that the conference, hosted by French President Emmanuel Macron, aimed at marking Sudan’s reintegration into the international community after three decades of isolation.

Macron announced the cancellation of Sudan’s $5 billion debt to France in an effort to support the country’s transitional leadership and help its crippled economy to recover. He added that France will also provide a $1.5 billion loan to clear Sudan’s arrears to the IMF.