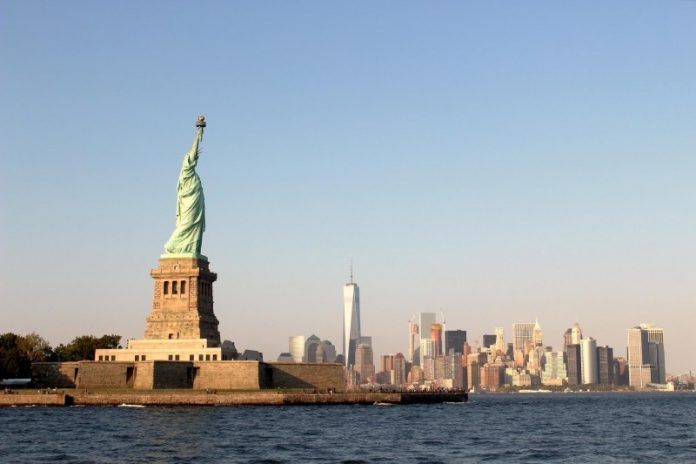 I have been involved in politics my entire adult life. There were two main sources of inspiration from my childhood that have molded my thinking and my actions.

I inherited my mother’s belief in the positive role that government could play in providing for the common good by caring for those who needed a helping hand. It was our government that built our schools and our infrastructure, protected our rights, insured our safety and security, and when pressured by political movements have created at least a modicum of economic justice.

Having lived through the Great Depression and World War II and having experienced and benefited from the policies of Franklin Roosevelt’s New Deal, my mother believed that taxes weren’t a burden. They were our collective obligation, a dues we paid to live free and responsibly as part of our society.

From my Catholic education, I learned the values of social justice, our responsibility to care for those in need, and the importance of recognizing the rights of others. I learned: that I was “my brother’s keeper”, that “all of us are equal in the eyes of God”, and that I would be judged by “what I did for the least of these.”

With my thinking having been molded in this way, I found a home in the Democratic Party, except for a brief flirtation with Conservatism during my adolescence. As a normal teenager, I went through a period of self-absorption, searching for meaning. I found it in Barry Goldwater’s “Conscience of a Conservative” and the writings of Ayn Rand.

The philosophy of Conservatism, as they defined it, fit my adolescent needs. The world really was all about me. Selfishness was a virtue. Personal success, even at the expense of others was a worthy goal. Those who couldn’t make it were a burden and government was an obstacle to personal liberty.

I wallowed in this world of the self for more than a year until the tug of three factors brought me back to my roots. In the first place, I found that I could not rationalize how so many Conservatives with whom I came into contact were flag-waving chauvinists and racists. And then there was my mother.

Two social movements were roiling the country back then: one was against the war in Vietnam, while the other was demanding civil rights for long-oppressed African Americans. I could not understand how Conservatives could be so vehemently opposed to both.

I asked, “Didn’t an individual who truly believed the war was immoral and unjustified have the right, even the obligation as an individual to conscientiously object? How could someone who believed in personal liberty, oppose the exercise of that right to stand against a war they felt was wrong?”

I was deeply troubled by the intolerance demonstrated by those Conservatives who stated, “it’s my country, right or wrong” and then proceeded to demonize those who disagreed. In a jingoistic frenzy, they shed their belief in individualism and became mindless followers of the dictates of the very “government” they claimed to resent.

Similarly, I was confounded by Conservatives’ hostility to the African American demand for equal rights. Were black people not also individuals who deserved personal liberty? There was, I felt, no philosophical justification for segregation and other forms of institutional discrimination.

And if that were not problematic enough, I found it deplorable to hear some Conservatives use vile racist terms to describe the black community. Once again, I discovered that their commitment to the principles they espoused took a back seat, this time, to their deep-seated racial prejudice.

Finally, there was this encounter with my mother: I was at home venting about “big government” and the evil role it played in confiscating wealth and denying personal freedom.

My father had died just a few years earlier, and my mother, a school teacher, made just enough income for us to get by. Like my siblings, I was receiving a monthly Social Security Survivor Benefit check. I also was the recipient of what was called the “New York State Regents Scholarship.”

As I was in the midst of my rant, my mother came very close to me, pointing her finger in my face and said “How dare you? If it weren’t for the New York State scholarship, we wouldn’t be able to send you to college. And if it weren’t for those Social Security benefits, you’d be home working right now to help keep us going. Do not deny to others what you take for yourself. Grow up.”

This moment, almost like a much-needed slap in the face, helped knock me out of my adolescent selfishness. On reflection, I came to realize that the entire artifice of Conservative thinking was based on an infantile narcissism that focused so narrowly on the individual that it forgot the meaning of our humanity and our responsibility.

I have been reflecting on this because we are living through a time when an angry infantile narcissism, passing itself off as Conservatism, has once again resurfaced as a dominant political ideology. When a prominent Conservative organization held its annual convention in Washington last week, the messages pronounced from the podium were a disturbing mix of pro-white xenophobia, anti-immigrant, anti-Muslim, anti-woman, anti-poor, and pro-gun rhetoric. There was also blind acceptance of President Trump who, because he has delivered on tax cuts and deregulation, was being lionized by the faithful. The damage he was doing to our culture and to our sense of community were ignored, with “patriotism” and “Conservatism” now being defined as uncritical support for “the leader.”

These are dangerous times where values are being upended and cruel, angry, and divisive language have become the “lingua franca” of our political discourse. Hanging in the balance are the most vulnerable and unprotected in our society, and how we will define ourselves as an American people.

Would that my mother—or their mothers—were alive and could deliver a much-needed slap with the message, “It’s not just about you. It’s about us all. Grow up!”