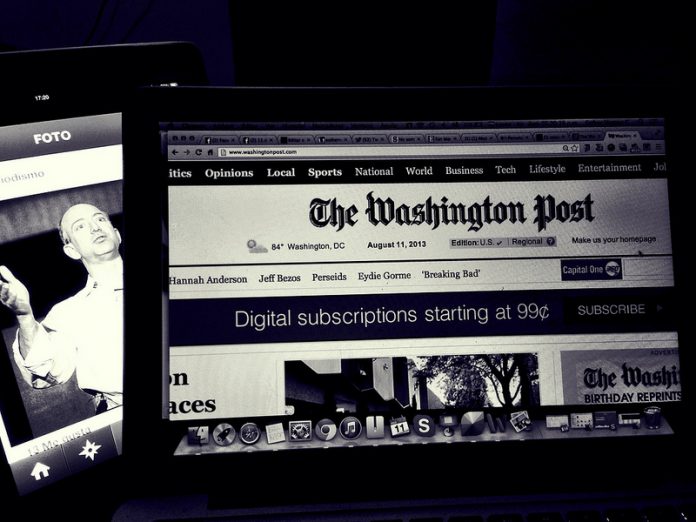 According to the Washington Post, “Preemptive war could risk millions of casualties. But….”

Is that a statement that should ever be followed by a “but”? I contend that it isn’t. There isn’t something that can outweigh risking millions of casualties. The Washington Post thinks otherwise. Here’s a fuller quote:

“If Mr. Kim is creating the foundations for a biological weapons program, it should serve as one more warning of the escalating threat he poses. Preemptive war could risk millions of casualties. But his malign intent cannot be tolerated forever. Through sanctions, diplomatic pressure and other means, the burden of Mr. Kim’s despotic and reckless reign must be brought to an end.”

Malign intent. The malign intent of one person. That’s what outweighs millions of casualties.

The Washington Post begins its case with unproven speculation that North Korea may want to develop chemical and biological weapons — may even have already secretly created vast stockpiles of them in the area around Tikrit and Baghdad and east, west, south and north somewhat.

The Post stresses the illegality and the horrifying threat posed by these theoretical weapons that literally nobody has threatened to use on anyone. It does this on behalf of the very U.S. government that, since World War II, has killed or helped kill some 20 million people, overthrown at least 36 governments, interfered in at least 83 foreign elections, attempted to assassinate over 50 foreign leaders, and dropped bombs on people in over 30 countries — including the destruction of North Korea by massive bombing plus the deployment of biological weapons.

The Post fervently opposes illegal actions while advocating the crimes of war, overthrow, and the risking of millions of casualties. 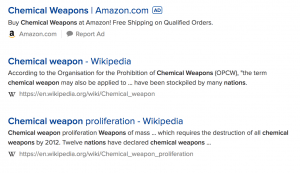 In recent wars, the United States has used antipersonnel weapons including cluster bombs in densely settled urban areas, used white phosphorous as a weapon, used depleted uranium weapons, and employed a new version of napalm found in Mark 77 firebombs. The United States manufactures, deploys, and regularly uses these weapons and researches new biological weapons. But, by U.S. standards, the mere possibility of the United States possessing these weapons would be grounds for overthrowing the U.S. government.

It’s more likely that the specter that the Washington Post is most frightened by is peace. If the United States ceases flying practice-genocide missions over Korea as part of an Olympic truce, it may accidentally meet North Korea’s conditions for negotiating. And the U.S. Secretary of State has just claimed to be open to negotiating without preconditions.

Peace could break out any minute.

Which means that at any moment now, the Washington Post could break the story that North Korea was behind the attacks of September 11th.

Hanukkah is not hypocrisy

When they shout: "We strongly condemn…"