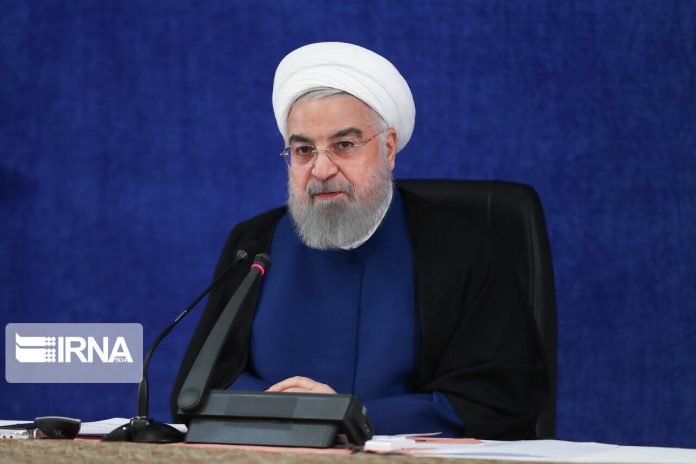 Maximum pressure is at the end of its tenure, the president said at the inauguration ceremony on medical and educational projects in different parts of the country.

Iran will breeze through the sanctions with the help of unity, national coherence and Supreme Leader’s guidelines, President Rouhani noted.

He went on to say that the Iranian nation will witness the fruit of their efforts under the shadow of resistance.

Speaking about the government’s endeavor to renovate the schools, the president said 8.5 billion tomans have daily been allocated to renovating and equipping the schools.

Any services to be given to schools, students and teachers will lead to growth in science and culture, the president stressed.

In recent months, the government has begun a plan to open different projects all over the country in order to follow up policy on Surge in Production named by Supreme Leader of the Islamic Revolution Ayatollah Seyyed Ali Khamenei for the new Iranian calendar year (started on March 20, 2020).