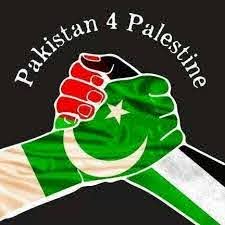 Ramallah, (UNA-OIC) – President Mahmoud Abbas, a letter he sent to the Pakistani Prime Minister Imran Khan, praised Pakistan’s positions in support of the Palestinian cause.”We followed with great interest and gratitude your last televised interview, and your honorable statements about the official Pakistani positions that are firm and supportive of the just Palestinian cause,” read President Abbas’ letter, WAFA reported on Sunday.

President Abbas stressed that Pakistan is a source of pride for every Palestinian in the world as well as for every Pakistani citizen.

“We highly appreciate your adherence to your positions in support of the Palestinian people to obtain their legitimate rights, despite the pressures that you are subjected to, which confirms your courage, originality and the strength of your resolve, and your commitment to support the causes of peoples demanding justice,” President Abbas said in the letter.

The president wished the Prime Minister of Pakistan good health, happiness, and success, wishing the Islamic Republic of Pakistan, its president, government and people, continued progress and prosperity.

On Thursday, the Pakistani Prime Minister revealed that he has been under pressure to recognize Israel.

In an interview with a private TV channel, Khan refused to name the countries that have been pressuring him to recognize Israel. However, he said his country will never establish relations with the “Zionist” state until there is a just settlement of the decades-long Palestinian issue.