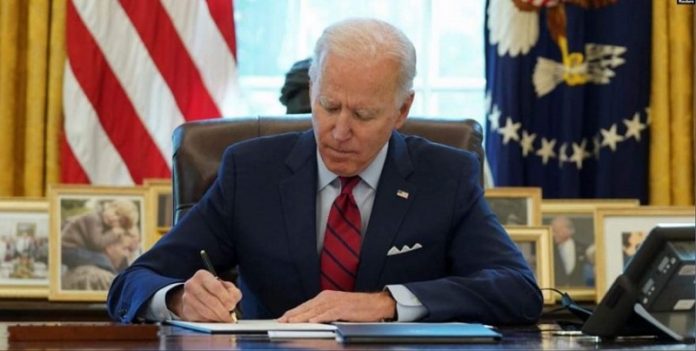 Washington (UNA-OIC) – US President Joe Biden in two different decrees approved up to $300 million for resettlement of Afghan applicants of Special Immigration Visas (SIV) on Friday.

In his first signed authorization, Biden allotted $100 million to Afghan Special Immigration Visa to meet urgent emergency stemming from the situation in Afghanistan.

Apart from the above-mentioned amount of budget, Biden has also approved $200 million to meet the same need of Afghan refugees, war victims, and other groups subjected to ongoing danger in Afghanistan.

Some $200 million has been allocated from US government agencies i.e. ministries. It comes a day after the US House of Representatives approved a bill based on which 8000 additional visas to be granted to Afghans.

As per the latest information, US plans to relocate 750 Afghan families directly to a military base in Virginia and 4,000 more to a third country or to a US military base overseas.

More than 18,000 Afghans who have contributed to the US mission in Afghanistan have applied for SIV, which brings the total number of Afghans to over 70,000 along with their family members.