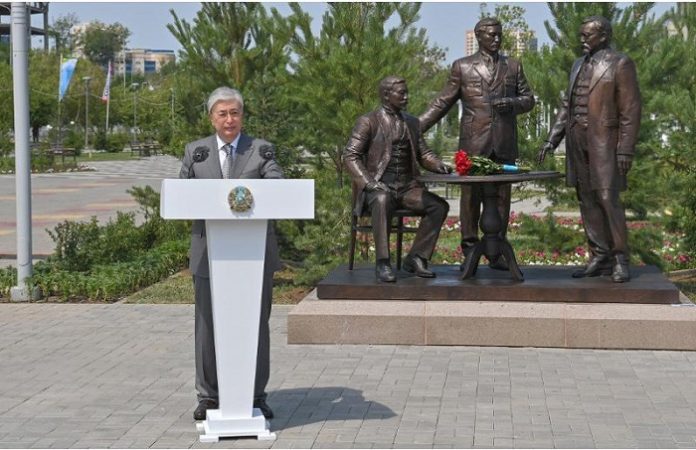 During the ceremony, Tokayev reminded that Alikhan Bokeikhan, Akhmet Baitursynuly and Mirzhakyp Dulatuly are prominent historical figures and that the monument is homage to the heroes of the Alash Movement. He also reiterated the enormous contribution they made to the spiritual revival of the nation and ensuring the territorial integrity of the country.