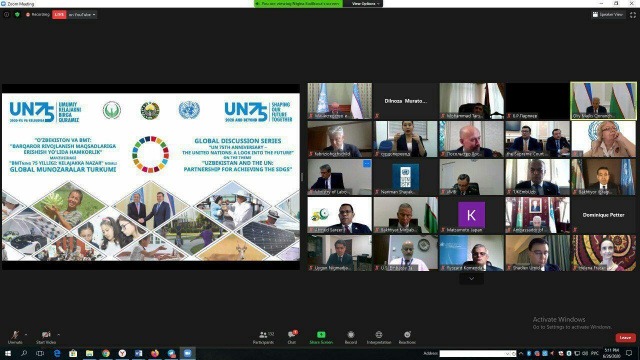 President of the Republic of Uzbekistan Shavkat Mirziyoyev notes the great demand for the United Nations, especially at the present time, when the world community has to step up all its forces and capabilities in order to adapt to new realities.

This is stated in the Address of the Head of the state to the participants of the International Forum held on June 26, 2020 on partnership of Uzbekistan and the UN for achieving the Sustainable Development Goals (SDGs). 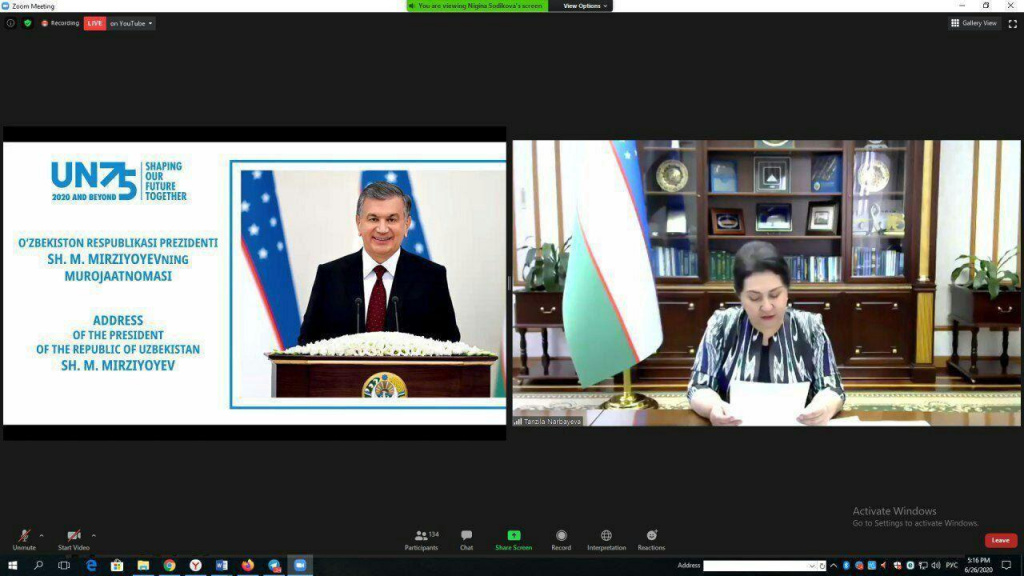 The forum, held via videoconference, was the first event of the Global Discussion Series “UN 75th Anniversary: A Look into the Future”, organized by Uzbekistan within the framework of the UN-75 international initiative, proclaimed by the United Nations on its anniversary year. 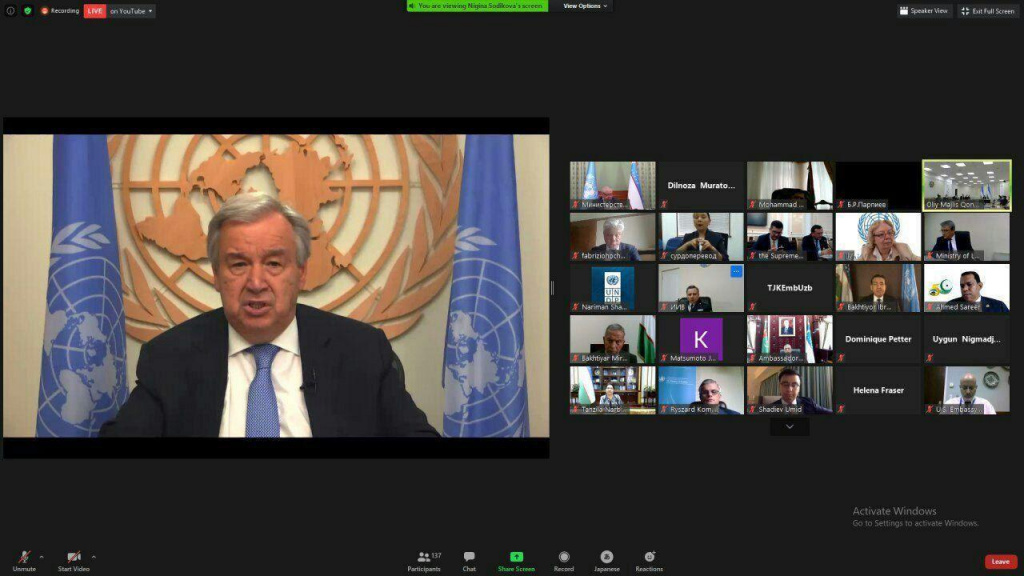 The organizers of the forum are the Ministry of Foreign Affairs of the Republic of Uzbekistan, the National Center for Human Rights, the Legislative Chamber and the Senate of the Oliy Majlis, the UN Office in Uzbekistan.

The forum was attended by high representatives of the United Nations and its agencies, including UNESCO, ILO, WHO, IOM, UNICEF, UNFPA, UNDP, the Office of the United Nations High Commissioner for Human Rights, the Organization for Security and Co-operation in Europe, the Organization of Islamic Cooperation, other partner organizations, leading experts, heads of diplomatic missions accredited in Uzbekistan. 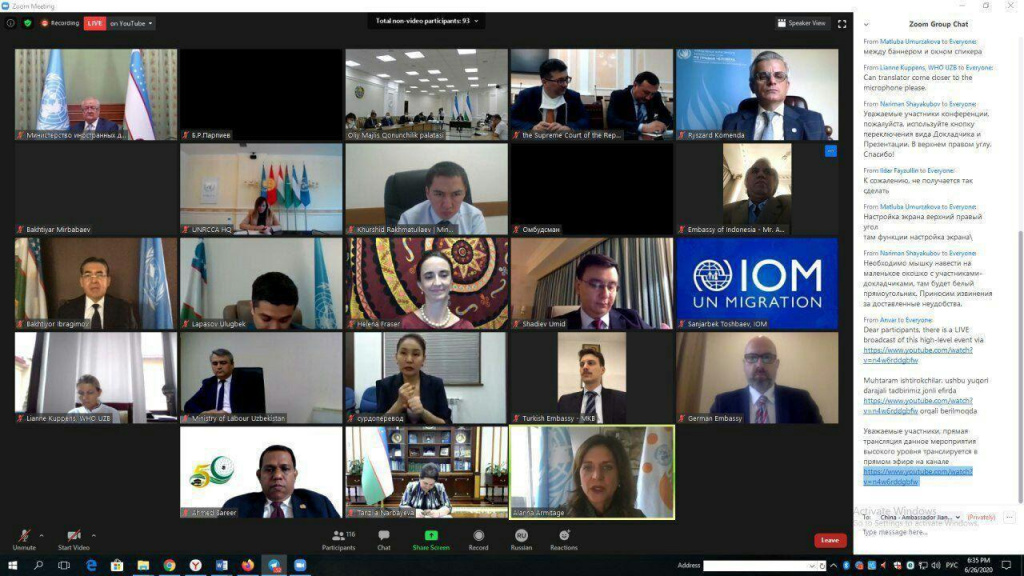 The Uzbek side was attended by deputies of the Legislative Chamber, members of the Senate of the Oliy Majlis of the Republic of Uzbekistan, representatives of the Ministry of Foreign Affairs, the National Center for Human Rights, ministries, agencies, public organizations and the media.