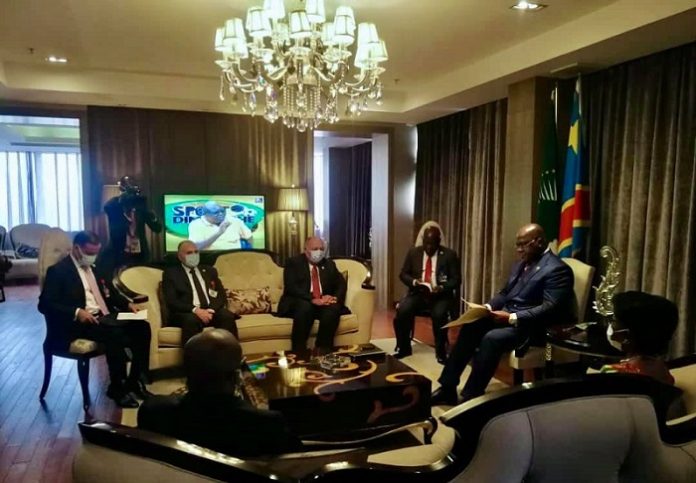 Kinshasa (UNA-OIC) – President Abdel Fattah el-Sisi affirmed Egypt’s keenness on the success of the Renaissance Dam negotiations, under the sponsorship of President of the Democratic Republic of the Congo Félix Tshisekedi, the current chairman of the African Union.

The Egyptian president expressed appreciation of the efforts being made by DR Congo to launch a negotiation process, which would lead to a fair, balanced and legally binding agreement that takes into account the interests of Egypt, Ethiopia and Sudan, strengthens the relations of integration and cooperation among them, and deepens the bonds of brotherhood among their peoples.

This came during the DR Congo president’s meeting in Kinshasa on Sunday with Egyptian Foreign Minister Sameh Shoukry, who delivered to him a message from President Sisi regarding the tripartite negotiations on Grand Ethiopian Renaissance Dam (GERD).

Egypt’s Foreign Ministry said, in a statement, that President Sisi stressed in his message that Egypt has a sincere political intention to reach the desired agreement at the earliest possible opportunity, and before the next flood season. He pointed out that Egypt will also support President Tshisekedi’s efforts in this regard.