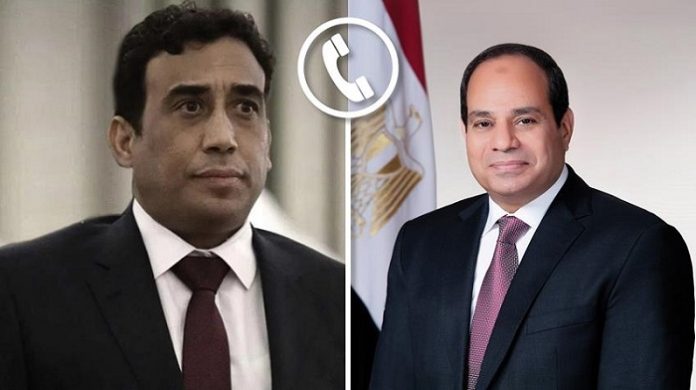 The Spokesman for the Egyptian Presidency stated that President Sisi reaffirmed Egypt’s full support for the political path to settle the Libyan crisis in all bilateral, regional and international fora. He also reiterated Egypt’s keenness to enhance close coordination with the Libyan side during the current period to ensure the unity of Libyan institutions in order to hold the national elections as scheduled for 24 December 2021.

On his part, the Presidential Council chairman expressed his sincere appreciation for the tireless Egyptian efforts in support of Libya since the onset of its crisis, especially by contributing to the restoration of national institutions and the unification of the Libyan National Army, as well as the vital role of transferring the Egyptian development experience to Libya and benefiting from the experience and capabilities of the prestigious Egyptian companies in this regard.

The telephone conversation also reviewed the ongoing efforts to restore security and stability in Libya, according to the statement of the Egyptian Presidency spokesman.