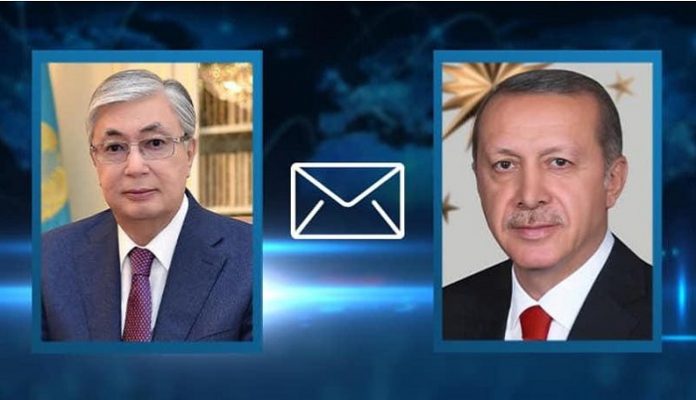 Nur-Sultan (UNA-OIC) – Kazakhstan’s President Kassym-Jomart Tokayev sent a letter of condolences to the Turkish counterpart, Recep Tayyip Erdoğan, over the unprecedented wildfires raging in Turkey and causing significant damage to the economy, tourism businesses, and the well-being of the citizens.

“The Head of State stressed that Kazakhstan is ready to provide every possible humanitarian assistance to the brotherly Turkish people as well as wished President Erdoğan success in combating the disaster facing the country,” reads a post published on the Facebook account of Kazakh President’s Press Secretary Berik Uali.

Notably, the unprecedented wildfires broke out on July 28 in the Manavgat and Alanya districts of Antalya Province located on the Mediterranean coast of southwest Turkey.