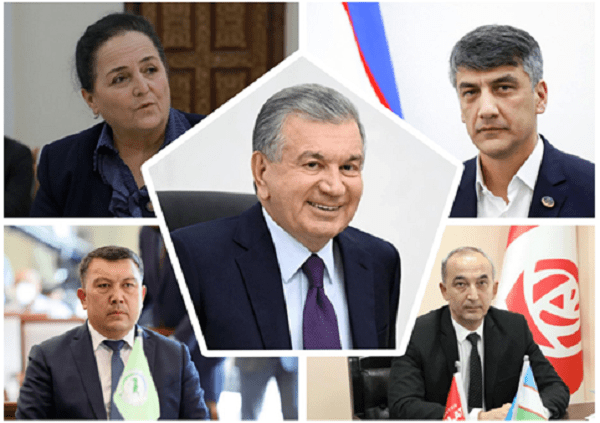 Tashkent (UNA-OIC) – The large-scale and rapid democratic reforms that are underway in the Republic of Uzbekistan have become irreversible in recent years, the Permanent Mission of Uzbekistan to the Organization of Islamic Cooperation (OIC) said in a statement received by the Union of OIC News Agencies (UNA) on Tuesday.

Ensuring and protecting human rights, freedoms and legitimate interests are the basis of our democratic reforms, the statement said, pointing out that strict measures are being taken to ensure the freedom of speech and mass media, freedom of religion and conscience, gender equality and interethnic harmony.

Uzbek Government together with society has developed the New Uzbekistan Strategy to continue the reform path. The concept of this strategy is to strengthen the role of civil society institutions, protect human rights, reduce poverty, provide each citizen with a guaranteed source of income and achieve sustainable environmental development.

In those new-fangled conditions, there is in Uzbekistan has begun the presidential election campaign of 2021.

According to the statement of the Central Election Commission of the Republic of Uzbekistan, the election campaign of presidential candidates in the country began on September 20, 2021.

Volume and time of free airtime of the National Television and Radio Company of Uzbekistan and radio channels, volume and time of free airtime on local TV and radio channels, free space for local newspapers “New Uzbekistan”, “Pravda Vostoka”, “Khalk Suzi”, “Narodnoe Slovo”, “Ovozi Tojik” and “Nurly Jol” have been approved by the Central Election Commission.

The mass media shall create the necessary conditions for candidates to appear during the election campaign within the free airtime and space of the election campaign, observe the principle of equality of candidates in the coverage of election events in news programs and other information materials, broadcast free airtime and space. It was noted that the transmitted and published campaign materials should be marked as campaign materials.

Political parties have been issued with the relevant documents on participation in the Presidential Elections, as well as signature lists in the established number for collecting signatures, according to the statement.

It is expected that many famous international observation groups will participate in watching the presidential election in the country, particularly from the United Nations, European Union, OIC, Shanghai Cooperation Organization (SCO), Commonwealth of Independent States (CIS), and others.

In September of this year, the OSCE Office for Democratic Institutions and Human Rights (ODIHR) opened an election observation Mission (EOM) for the October 24 presidential election in Uzbekistan. The mission consists of a core team of 11 experts based in Tashkent and 28 long-term observers, who will be deployed throughout the country from 24 September. In addition, OSCE countries will send 250 short-term observers, who would arrive several days before election day.

No doubt, the presidential elections in Uzbekistan will meet the highest international standards and norms in a fair and transparent manner, the statement stressed.

Diplomatic missions and consular offices of Uzbekistan abroad are holding meetings with representatives of local authorities, diaspora organizations and heads of enterprises with a large number of Uzbek labor migrants to conduct a presidential election at a high level.

According to the diplomatic missions, the primary voter list abroad has already been formed. The missions have established cooperation with 151 Uzbek diaspora organizations abroad.