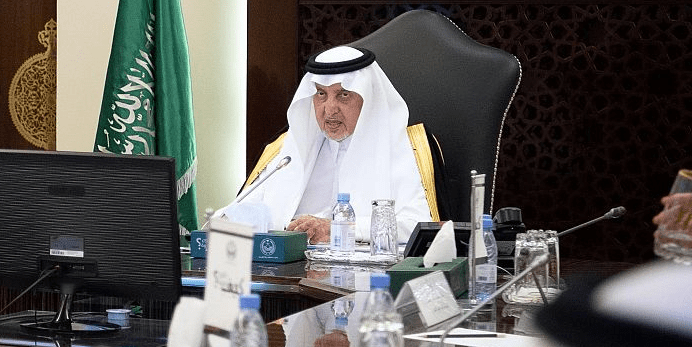 Jeddah (UNA-OIC) – Prince Khalid Al-Faisal, Adviser to the Custodian of the Two Holy Mosques and Governor of Makkah region, chaired a meeting at the governorate’s headquarters to discuss establishing a center for the Islamic world in Al-Faisaliah.

The meeting discussed the timetable for the establishment of the Islamic World Center, to be implemented within the first phase of the Al-Faisaliah Project. It also reviewed the components of the project, located on an area of ​​2,450 square kilometers, and containing areas for public and private investment, in addition to the headquarters of government departments, a diplomatic quarter, urban center, a business and trade center, a shopping and retail center, a dock for boats and residences overlooking the sea.