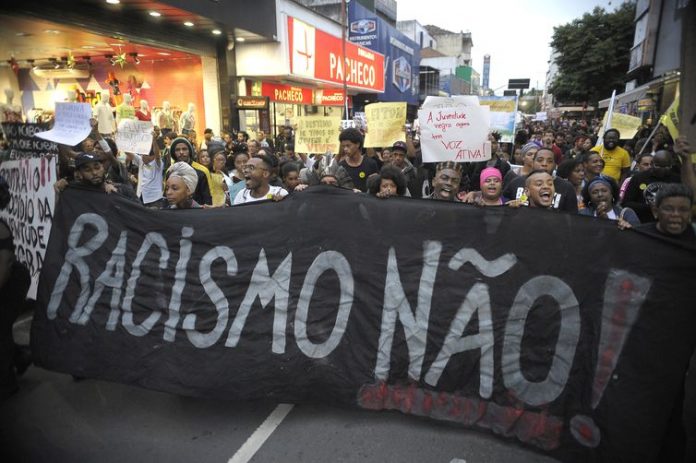 Enacted 30 years ago, Brazil’s Statute of the Child and the Adolescent, often referred to by the Portuguese acronym ECA, has brought about major improvements in the approach to essential rights of the public for which it was designed in health care, education, and in the fight against child labor. However, the situation in the country is still far from ideal in issues like racism, domestic violence, and sexual abuse. The biggest challenge in enforcing such rights in the country is inequality, says Mario Volpi, coordinator of the Citizenship Program for Adolescents at the United Nations International Children’s Fund (Unicef). Among the several forms in which inequality is made manifest in Latin America’s largest country is racism.

“The element of racism, racial inequality, is an element the country is yet to overcome. One of the reasons behind it is that Brazil is a country that took a long time to admit that racial discrimination is real. We’ve been under a false ideology of racial democracy, when really all school contents and references to access to public policies are white.”

Unicef has presented figures corroborating this reality: 64.1 percent of children and adolescents subject to child labor in 2016 were black, as were 82.9 percent of the victims of homicide aged ten through 19 and 75 percent of girls becoming pregnant from the ages of 10 to 14. “A black child is three times as likely to drop out of school than non-black children,” Volpi went on to mention.

Unlike most indicators, the adolescent homicide rate saw an alarming surge in the three decades since ECA was published. The number of adolescents murdered in the country more than doubled between 1990 and 2017—the year in which 32 Brazilians aged ten through 19 were killed on a daily basis. Between 1996 and 2017 alone, the amount of victims is 191 thousand, Unicef estimates.

The lethality among children and adolescents is viewed by the National Secretariat of the Rights of the Child and the Adolescent as one of the most pressing problems. National Secretary Maurício Cunha points out that the issue has been discussed by the government and Unicef, and one of the front in the combat is the reduction of school dropout rate. “It’s been proved that cutting the school dropout rate lowers lethality among youths,” said the secretary, who mentioned efforts to actively seek out young people out of school as a major strategy.

Cunha notes that inequalities must be considered beyond their general indicators, as there are problems—like domestic violence, sexual abuse both online and offline, and cyber bullying—pervading all walks of life.

“Regardless of social class, being a child in Brazil means you’re vulnerable. There are a series of violations not attached to social status, even though they are a lot more severe under poverty,” he says, mentioning sexual exploitation as a major challenge online. “Sadly, Brazil is not only a consumer of images linked to this issue, but also an exporter.”

These concerns were aggravated with the COVID-19 pandemic. Among the most alarming data, Cunha points out, is the fall in reports of violence against children and adolescents through the Disque 100 hotline, which receives calls on human rights violations.

“Reports of violence against children dropped 18 percent in March year-on-year. Since we know that 90 percent of acts of violence against children take place in the household, what’s happening right now is a major instance of subnotification. The social actors filing reports are not doing it, because they’re teachers, educators, and health agents. It’s a bleak situation,” he argues. Cunha believes that children will be the main indirect victims of the pandemic in the medium to long run. “Children are suffering alone at home. Their abusers are there, and they have no one to turn to.”

The secretariat has launched media campaigns encouraging people to speak up against abuse targeting kids and adolescents, and plans to distribute material to raise awareness at schools on thee support children must receive after the pandemic. “We want concerns to focus on support, listening and creating a trustworthy environment to catch up on the lost content,” Cunha said.

Age of criminal responsibility and jail

Sociologist Irene Rizzini, director at the International Center of Studies and Research on Childhood (CIESPI) at the Pontifical Catholic University of Rio de Janeiro, took part in the discussions that led to the drafting of Article 227 of the Federal Constitution and the Statute of the Child and the Adolescent. Despite the achievements, she argues that no law is capable of fixing chronic social problems. “The statute won’t redress social inequality, but it’s a law which, along with other ones that came afterwards and public policies stemming from it, has brought about a positive change in a number of aspects.”

The specialists regards initiatives to lower the age of criminal responsibility and increase the incarceration of children and adolescents as threats to this group of people. “Downplaying the issue of jailing adolescents is an extremely serious problem. In Brazil, black adolescents and youths are the main victims of homicide.”

The sociologist also warns there will be setbacks if children and adolescents are not given a position of priority in the public budget. Irene Rizzini says that funding cuts in health care and education might roll back the progress made in indicators like child mortality, illiteracy, and malnutrition.

She also argued for the strengthening of spaces dedicated to the participation of society, like the National Council for the Rights of the Child and the Adolescent (Conanda), which had its size reduced from 56 to 36 members following a presidential decree last year, a change suspended by the Supreme Court. In a note released at the time, the Ministry of Women, Family, and Human Rights explained that the move aimed to reduce spending on council members’ travel and daily allowances.

In face of challenges both historic—like inequality—and contemporary—like the issues associated with the internet—Irene Rizzini believes that premises behind the ECA continue pivotal in showing the way to go. “Children and adolescents are entitled to their rights and full protection. This seed is not going anywhere. This seed is here to stay.”