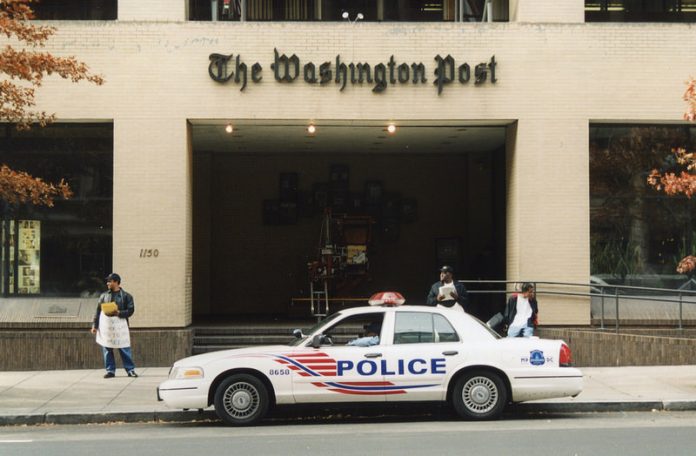 Movie critics are already hailing “The Post,” directed by Steven Spielberg and starring Meryl Streep as Washington Post publisher Katharine Graham. Millions of people will see the film in early winter. But the real-life political story of Graham and her newspaper is not a narrative that’s headed to the multiplexes.

“The Post” comes 20 years after Graham’s autobiography Personal History appeared and won enormous praise. Read as a memoir, the book is a poignant account of Graham’s long quest to overcome sexism, learn the newspaper business and gain self-esteem. Read as media history, however, it is deceptive.

“I don’t believe that whom I was or wasn’t friends with interfered with our reporting at any of our publications,” Graham wrote. However, Robert Parry — who was a Washington correspondent for Newsweek during the last three years of the 1980s — has shed some light on the shadows of Graham’s reassuring prose. Contrary to the claims in her book, Parry said he witnessed “self-censorship because of the coziness between Post-Newsweek executives and senior national security figures.”

Among Parry’s examples: “On one occasion in 1987, I was told that my story about the CIA funneling anti-Sandinista money through Nicaragua’s Catholic Church had been watered down because the story needed to be run past Mrs. Graham, and Henry Kissinger was her house guest that weekend. Apparently, there was fear among the top editors that the story as written might cause some consternation.” (The 1996 memoir of former CIA Director Robert Gates confirmed that Parry had the story right all along.)

Graham’s book exudes affection for Kissinger as well as Robert McNamara and other luminaries of various administrations who remained her close friends until she died in 2001. To Graham, men like McNamara and Kissinger — the main war architects for Presidents Lyndon Johnson and Richard Nixon — were wonderful human beings.

In sharp contrast, Graham devoted dozens of righteous pages to vilifying Post press operators who went on strike in 1975. She stressed the damage done to printing equipment as the walkout began and “the unforgivable acts of violence throughout the strike.” It is a profound commentary on her outlook that thuggish deeds by a few of the strikers were “unforgivable” — but men like McNamara and Kissinger were lovable after they oversaw horrendous slaughter in Southeast Asia.

Graham’s autobiography portrays union stalwarts as mostly ruffians or dupes. “Only a handful of [Newspaper Guild] members had gone out for reasons I respected,” she told readers. “One was John Hanrahan, a good reporter and a nice man who came from a longtime labor family and simply couldn’t cross a picket line. He never did come back. Living your beliefs is a rare virtue and greatly to be admired.”

But for Hanrahan (whose Republican parents actually never belonged to a union) the admiration was far from mutual. As he put it, “The Washington Post under Katharine Graham pioneered the union-busting ‘replacement worker’ strategy that Ronald Reagan subsequently used against the air-traffic controllers and that corporate America — in the Caterpillar, Bridgestone/Firestone and other strikes — used to throw thousands of workers out of their jobs in the 1980s and the ’90s.”

The Washington Post deserves credit for publishing sections of the Pentagon Papers immediately after a federal court injunction in mid-June 1971 stopped the New York Times from continuing to print excerpts from the secret document. That’s the high point of the Washington Post‘s record in relation to the Vietnam War. The newspaper strongly supported the war for many years.

Yet Graham’s book avoids any semblance of introspection about the Vietnam War and the human costs of the Post‘s support for it. Her book recounts that she huddled with a writer in line to take charge of the editorial page in August 1966: “We agreed that the Post ought to work its way out of the very supportive editorial position it had taken, but we couldn’t be precipitous; we had to move away gradually from where we had been.” Vast carnage resulted from such unwillingness to be “precipitous.”

Although widely touted as a feminist parable, Graham’s Pulitzer Prize-winning autobiography is notably bereft of solidarity for women without affluence or white skin. They barely seemed to exist in her range of vision; painful realities of class and racial biases were dim, faraway specks. Overall the 625-page book gives short shrift to the unrich and unfamous, whose lives are peripheral to the drama played out by the wealthy publisher’s dazzling peers. The name of Martin Luther King Jr. does not appear in her star-studded, history-drenched book.

Katharine Graham’s decision to publish the Pentagon Papers was indeed laudable, helping to expose lies that had greased the wheels of the war machinery with such horrific consequences in Vietnam. But the Washington Post was instrumental in avidly promoting the lies that made the Vietnam War possible in the first place. No amount of rave reviews or Oscar nominations for “The Post” will change that awful truth.