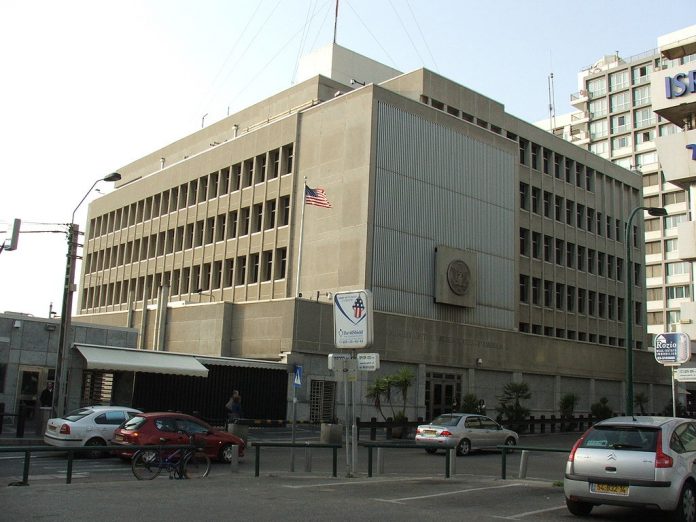 Recognizing Jerusalem as the capital of Israel and/or relocating the U.S. embassy to it is a supreme provocation that will destroy the chances for peace and inflame the whole region.

If U.S. President Donald Trump announces such a decision on Wednesday, he will be sending a message to the world that the language of power and diktat (not that of justice and legality) will prevail.

The legal and political status of East Jerusalem defines it as occupied territory, and Israel’s annexation of the city is a violation of international law, conventions, signed agreements, and terms of reference of the peace process.

UN General Assembly Resolution 181 (II) designates both East Jerusalem and West Jerusalem and its environs as ‘a corpus separatum under a special international regime,’ and Jerusalem is not recognized by any state as the capital of Israel.

In response to Israel’s passing of its ‘Basic Law: Jerusalem, Capital of Israel’ in 1980 which declares ‘Jerusalem, complete and united, is the capital of Israel,’ the UNSC adopted Resolution 476 stating that ‘measures which have altered the geographic, demographic and historical character and status of the Holy City of Jerusalem are null and void and constitute a flagrant violation of the Fourth Geneva Convention relative to the Protection of Civilian Persons in Time of War and also constitute a serious obstruction to achieving a comprehensive, just and lasting peace in the Middle East.’ Furthermore, in accordance with the U.S. Letter of Assurances to the Palestinians issued in October 1991, ‘the United States does not recognize Israel’s annexation of East Jerusalem and encourages all parties to avoid unilateral actions that may preempt final status negotiations.’

By violating the legal status of Jerusalem, including numerous UN resolutions and longstanding U.S. policy, this administration is undermining the global rule of law, as well as American standing, credibility, security, and interests around the world.

Altering the status of Jerusalem would be a unilateral, extrajudicial and illegal act and would disqualify the U.S. from having any role in peacemaking. It will give Israel a free hand to persist in the total annexation and isolation of Palestinian Jerusalem and enable it to continue the deliberate historical, political, cultural, demographic, and geographic transformation of the occupied city, erasing its Palestinian presence and identity.

Should it take such an irresponsible decision, the U.S. will become complicit in Israel’s illegal annexation of Jerusalem, and it will destroy the chances of establishing a sovereign and viable Palestinian state with East Jerusalem as its capital— an essential component of peace. It will also ensure the exclusion of any Palestinian participation in negotiations and render any talks superfluous and meaningless.

Jerusalem is a city sacred to all three monotheistic religions, and such a move will provoke a sectarian dimension and transform the conflict into a religious confrontation whose outcome cannot be predicted or contained for a long time.

If adopted, such a measure would generate more extremism, violence and instability in an already volatile region. It will play into the hands of extremist and radical elements and will provide them with a ready-made excuse to pursue a destructive course of action. As such, it will unleash forces that cannot be contained, inflaming sentiments and generating tensions and instability throughout the region and beyond.

As another expression of Congressional meddling in foreign affairs, it also proves that Congress persists in promulgating laws that are in the service of Israel and detrimental to peace and American standing abroad. The situation calls for a reconsideration of the Jerusalem Embassy Relocation Act of 1995 and other Congressional bills that are counterproductive and in violation of international law and the requirements of peace. In addition, the whole practice of a sixth-month test should be discounted in favor of a more stable and just relationship with the PLO.

It is our hope that saner voices will prevail and that the U.S. administration will refrain from plunging the whole region into a new cycle of chaos and violence.