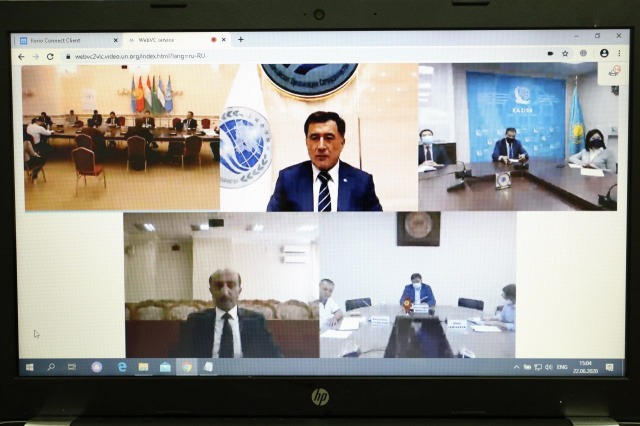 On June 22 this year, an international virtual conference was held on the adoption of the resolution of the UN General Assembly “Strengthening regional and international cooperation to ensure peace, stability and sustainable development in the Central Asian region”.

The forum was organized by the United Nations Regional Centre for Preventive Diplomacy for Central Asia.

Participants of the international dialogue were unanimous in the view that today unity and cohesion in the region have significantly strengthened. Together, the countries contribute to the establishment of Central Asia as a stable, open and sustainable developing region, a promising and predictable international partner. Attention to Central Asia is steadily growing in the world and the interest of leading states and international financial institutions in supporting joint initiatives of the region’s countries is increasing.

Following the event, the agenda of the upcoming annual Central Asian expert forum was also agreed, the first meeting of which was held in 2018 in Tashkent. The parties agreed during the next expert meeting in Bishkek to discuss issues of further developing cooperation in transport, logistics, tourism, ICT and healthcare.