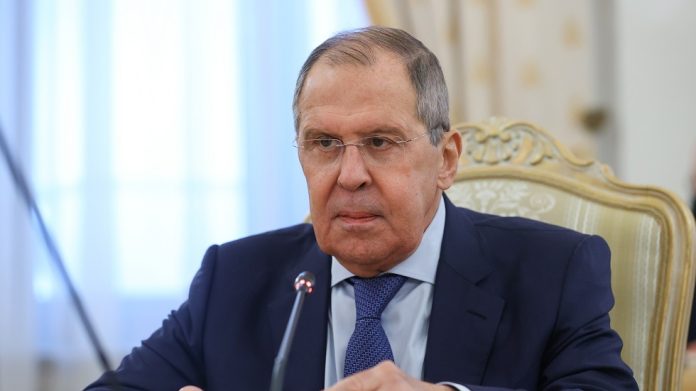 Jeddah (UNA-OIC) – Russian Foreign Minister Sergey Lavrov emphasized the importance of the meeting of the Group of Strategic Vision (GSV) “Russia – Islamic World” held on Wednesday in Jeddah, the Kingdom of Saudi Arabia.

Lavrov thanked the Kingdom for hosting this meeting, meanwhile expressing his happiness for the partnership of the Organization of Islamic Cooperation (OIC) with the Group.

He made the remarks in a speech delivered on his behalf by Oleg Ozerov, Ambassador-at-Large of the Russian Ministry of Foreign Affairs, Head of the Permanent Secretariat of the Russia-Africa Partnership Forum, during the GSV “Russia – Islamic World” meeting held under the theme “Dialogue and Prospects for Cooperation”.

“We are witnessing a great convergence of international Islamic positions, and the meeting in Jeddah today should discuss initiatives aimed at enhancing humanitarian and cultural cooperation and developing interfaith dialogue,” the Russian top diplomat said.

“Russia cooperates with the Organization of Islamic Cooperation on a wide range of global issues. The participants of the meeting have the task to conduct a comprehensive assessment of the state and prospects of relations with the Islamic world, to work out initiatives aimed at developing cooperation and promoting dialogue and religions. We must prevent the emergence of conflicts in Muslim countries and the spread of religious and ethnic intolerance,” Lavrov said, pointing out that “Russia considers OIC member states not only friends, but also reliable economic partners”.