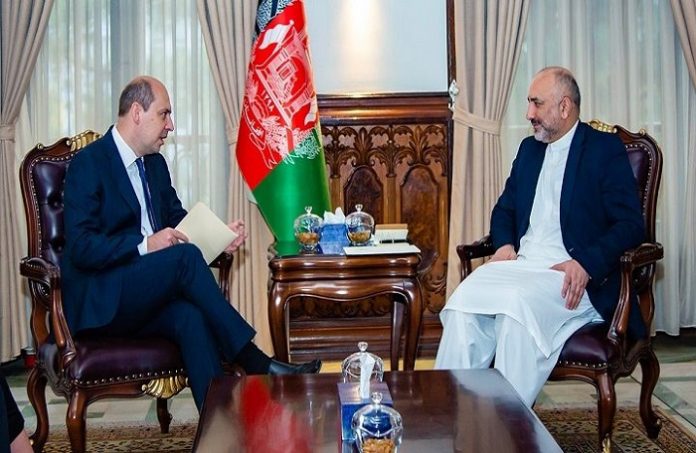 Kabul (UNA-OIC) – Afghan Foreign Minister Mohammad Haneef Atmar met here on Wednesday with Ambassador of the Russian Federation to Afghanistan Dmitry Zhirnov, according to a statement by the Ministry of Foreign Affairs.

Ambassador Zhirnov briefed Minister Atmar on Russia’s desire to host Afghan peace talks in Moscow. He also informed him of the Russian invitations extended to the Afghan government leaders and politicians.

For his part, the Afghan foreign minister applauded Russia’s significant role in strengthening regional and international consensus for achieving sustainable peace in Afghanistan. He added that soon he would share the perspectives of the Afghan government on the Moscow meeting with Russia.

Speaking about his recent trip to Moscow, Atmar highlighted the achievements made during the visit, especially with regard to expanding bilateral relations in the political, security and economic arenas.