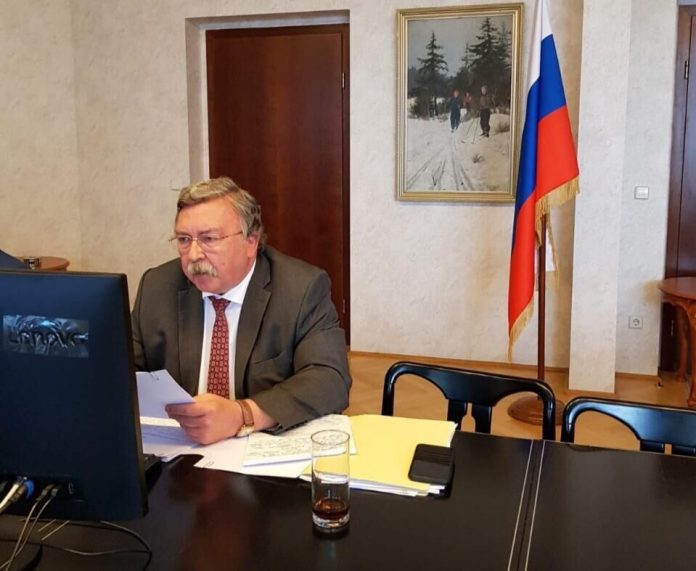 “We hope that there are reasonable persons in the US administration who don’t want to compromise their own country at the international arena through adventurism like attempts to initiate SnapBack against elementary common sense,” Ulyanov wrote in his Twitter account on Wednesday.

Ulyanov released his message in reaction to political advisor and aide to the US National Security Advisor Richard Goldberg’s message in which he claimed: “Some UN Security Council trivia ahead of #Iran snapback fight. Under UNSCR 2231, US could file a complaint to trigger snapback process; introduce its own resolution to ignore its own complaint; use “double veto” to force a vote; and then veto its own resolution to force snapback.”

“The US attempts to revise the provisions of UNSC res. 2231 on restrictions on arms trade with #Iran are counterproductive and unjustifiable,” he said in a separate message.

“The real way to strengthen stability in Persian Gulf is to launch direct dialogue aimed at establishing collective security in the region,” he noted.

Earlier on Wednesday,  Iranian Foreign Minister Mohammad Javad Zarif said that the US proposed resolution for extension of arms embargo on Iran will not receive vote as the United States has no right to invoke “Snapback” mechanism.

“Snapback” is terminology in the context of the United Nations Security Council Resolution 2231 which endorsed the Joint Comprehensive Plan of Action.

The UNSCR 2231 made the context of the JCPOA into law. The United States withdrew from the JCPOA in 2018 violating the Security Council Resolution 2231 and the International Law.

“The US is no longer a member of the Joint Comprehensive Plan of Action (JCPOA) as it withdrew from the international agreement in May 2018, so it cannot use the snapback mechanism according to the acknowledgment of some American officials,” Zarif added.

The Iranian foreign minister stressed that the US has failed to arrive at a global consensus against Iran.

Through its furtive efforts to change a five-paper resolution to just five lines, the US insults to the wisdom of members of the United Nations Security Council (UNSC), the foreign minister said.