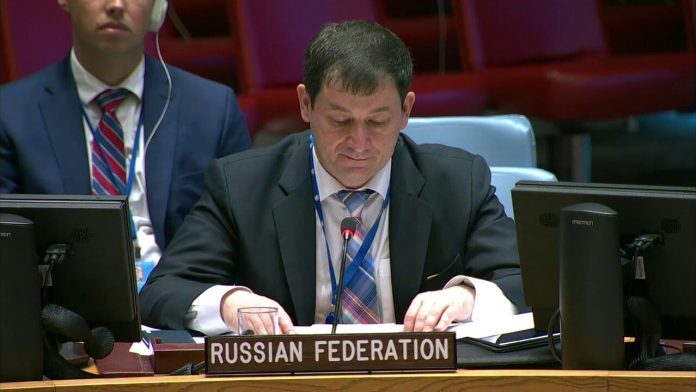 “It’s very painful to see how a great country humiliates itself like this, opposes in its obstinate delirium other members of UN Security Council,” Polyanskiy wrote in his Twitter account.

“We all clearly said in August that US claims to trigger #snapback are illegitimate. Is Washington deaf?” he added.

“US seems to be persistent in undermining intl law by imposing its selfish will on the others,” Russian diplomat said in a separate message.

“Is it the “rules based intl order” where rules are set by limited club of nations that our American colleagues have been ardently defending recently?,” he asked.

The US Secretary of State Mike Pompeo in a statement on Saturday claimed that the United States has notified the President of the Security Council of Iran’s significant non-performance of its JCPOA commitments.

This notification triggered the 30-day process leading to the snapback of previously terminated UN sanctions, which became effective at 8pm Eastern Daylight Time on September 19, the statement reads.

This is while, Iranian Foreign Minister Mohammad Javad Zarif on Saturday said snapback mechanism is not the one by which to return sanctions for a non-participant state.

All members of the Security Council, except the US, have either remained silent or said that the US has no place in this room to remain silent or make a comment, he added.