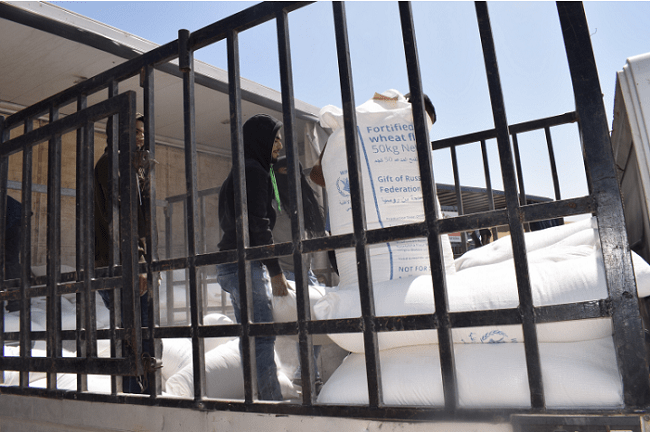 Ramallah (UNA-OIC) – Russia and the World Food Program started the delivery of fortified wheat flour to 72,000 vulnerable Palestinians in the West Bank and the besieged Gaza Strip.

According to a press release from the Russian Representative Office to Palestine, Russian diplomats took part in the ceremony of distributing humanitarian aid to the needy Palestinians on April 15.

“The humanitarian aid was supplied earlier by the Ministry of Emergency Situations of the Russian Federation as part of our country’s voluntary contribution to the UN World Food Program,” the statement said.

“The event was held with the participation of colleagues from the UN World Food Program (WFP) and UNRWA in a Bedouin settlement in Wadi-Kelt area north of the occupied city of Jerusalem,” it added.

A total of 74 local families, comprising some 454 people, received humanitarian assistance out of 72,000 residents in the occupied territories.