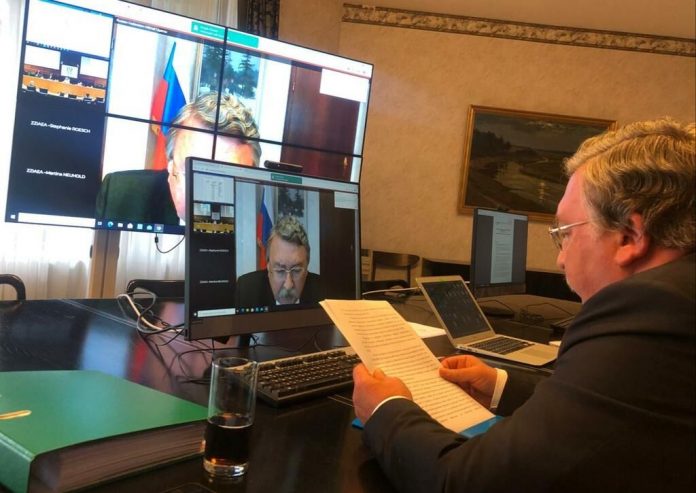 “Deeply disappointed and concerned that #Tehran and the Secretariat are yet to resolve the issue of access to two locations in Iran that are of interest to the Agency,” Russian Ambassador and Permanent Representative to the International Organizations in Vienna Mikhail Ulyanov was quoted by Russian Mission in Vienna official Twitter account as saying.

“However, there are no reasons whatsoever to overdramatize the situation,” he added.

“Let’s keep in mind that some problems with access of IAEA to some locations in #Iran have nothing to do with proliferation concerns,” he said in a separate message.

“We are dealing with minor procedural problems which relate to the beginning of this century with no projection to the current situation,” Ulyanov noted.

US Governor to the International Atomic Energy Agency Board of Governors Jackie Wolcott repeated the claims of Iran’s secret nuclear activities and called for approving anti-Iran resolution in IAEA BoG meeting.