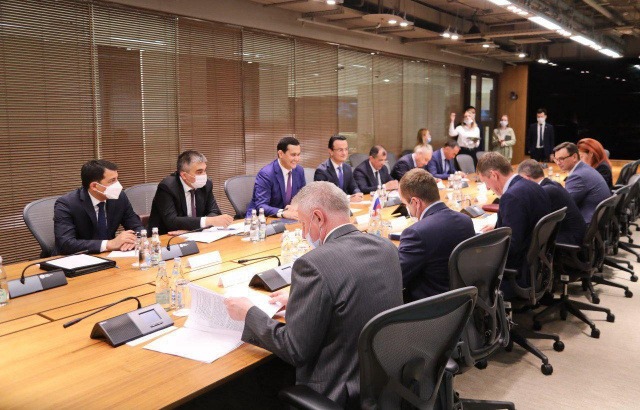 Deputy Prime Minister, Minister of Investments and Foreign Trade of the Republic of Uzbekistan Sardor Umurzakov has met with the Minister of Economic Development of the Russian Federation Maksim Reshetnikov, in Moscow.

The current state of implementation of the existing agreements was analyzed, mechanisms for its acceleration, as well as new areas of further interaction were considered at the meeting. Taking into account the high degree of interconnection of the economies of the two countries, the parties emphasized the advisability of developing a constructive dialogue, both to fulfill the tasks set and to increase the scale of cooperation.

The importance of holding the meeting of the Intergovernmental Commission on Economic Cooperation between Uzbekistan and Russia, scheduled for September this year, was noted.

The commitment of the governments of the two countries to maintaining a steady growth in the volume of mutual trade was emphasized, in connection with which the parties agreed to continue the development and implementation of practical measures aimed at ensuring unimpeded cargo transportation through the territories of the two countries.