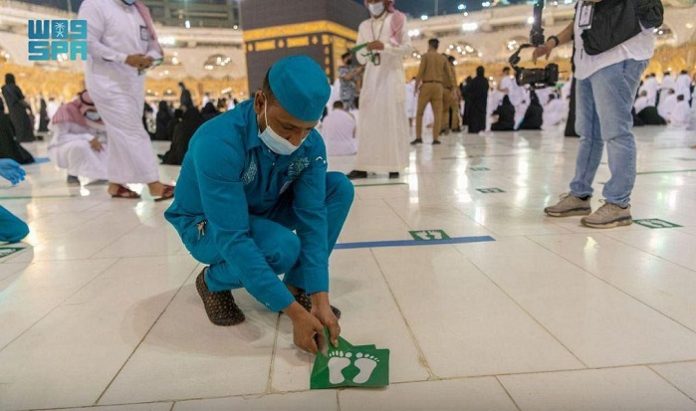 The measure was in line with recent Saudi Arabia’s decision to ease precautionary measures and the resumption of receiving Umrah performers and visitors in the Two Holy Mosques at full capacity.

This was announced by Eng. Osama bin Mansour Al-Hujaili, Under-Secretary-General for Tafwij and Crowds Management at the General Presidency for the Affairs of the Grand Mosque and the Prophet’s Mosque.