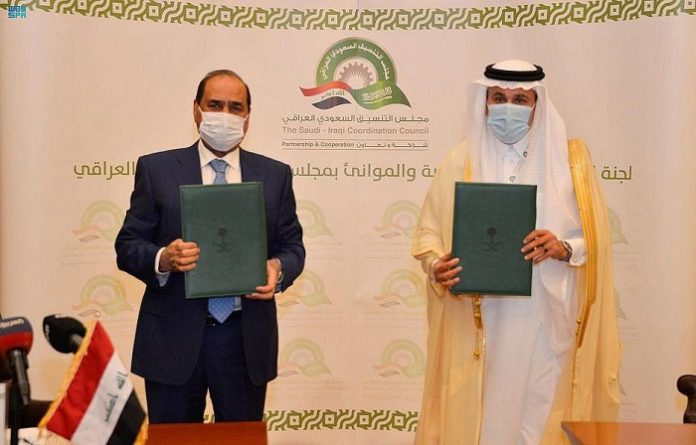 The agreement is part of a series of actions that the Saudi-Iraqi Coordination Council implements to enhance relations between the Kingdom of Saudi Arabia and the Republic of Iraq at the strategic level and to open new aspects for cooperation in various fields.

The agreement aims at supporting the maritime transport field, which is considered one of the pillars of the economic development in the world, which requires developing commercial maritime navigation, increasing the movement of commercial ships to transport passengers and goods, encouraging commercial exchange, facilitating the access requirements and procedures to the ports of both countries with their ships, and enhancing the exchange of expertise and technologies between marine companies, institutions and institutes in this field.

The agreement also included treatment methods for ships of both countries regarding access to their ports, their stay and departure, and in cases of emergency and marine accidents in the territorial water, where the deal also aims at offering facilitations for maritime transport companies, ships and personnel, in addition to mutual recognition of documents of ships and sailors for both countries, and coordinating positions of both countries in international maritime conferences.