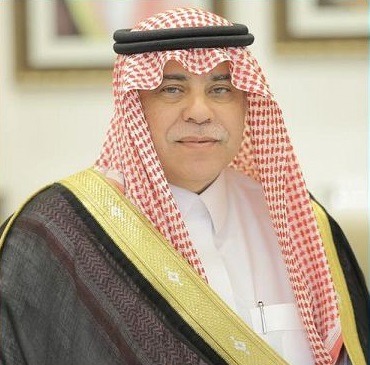 Al-Qasabi said that Saudi Arabia has assumed its presidency of the G20 meetings since December 2019, and this will continue until the leaders’ summit convened on 21-22 November 2020. Moreover, as a result of the exceptional circumstances that the world is experiencing due to the outbreak of the novel coronavirus pandemic, the Kingdom has taken the responsibility as the current G20 President, as it hosted the exceptional leaders’ summit last March to coordinate global efforts to combat the pandemic and reduce its humanitarian and economic impacts.

In a statement to Saudi Press Agency (SPA) on the occasion of the G20 Saudi Presidency, the minister said the Kingdom focuses, through its G20 Presidency, on working with the countries of the group to serve the nations and support the global economy to restore growth and recovery and mitigate the repercussions of the pandemic to return to normal life.

He stated that the main objective of Saudi Arabia’s Presidency is “realizing opportunities of the 21st century for all” by enabling people to live decent lives, work and prosper, protect the planet, as well as harnessing innovations to shape new horizons for sharing the benefits of innovation and technological progress.

Al-Qasabi added that Saudi Arabia has led many initiatives that contributed to addressing the pandemic and reducing its negative impacts. In addition to accelerating the recovery process by allocating more than $21 billion to support health systems and search for a safe COVID-19 vaccine. He noted that Saudi Arabia has also intensified cooperation with the G20 countries to confront the virus with the aim of reviving the economic cycle, reducing the damage facing investors, and addressing the vulnerabilities that emerged during the pandemic.

The Saudi minister explained that the three Extraordinary G20 Trade and Investment Ministerial Meetings came as a part of ensuring a coordinated response to the impact of the pandemic on trade, investment and the global economy. These meetings concluded by intensifying efforts to promote the recovery of international trade and investment, facilitate trade and flexibility in supply chains, support reforms of developing the World Trade Organization (WTO) through the “Riyadh Initiative”, which received the support of the G20 countries, in addition to increasing the international competitiveness of companies and micro, small and medium enterprises, enhancing economic diversity and stimulating international investment.

He affirmed that joint cooperation and coordination will continue to support the economic recovery, indicating that efforts to reduce restrictions on international trade by organizing and facilitating global trade have achieved positive results, and the G20 countries will do everything necessary to reduce the economic and social harm of the pandemic, restore global growth, maintain market stability and enhance the ability to cope with the changes according to the directives issued by the leaders of the G20 countries.

The minister stated that micro, small and medium enterprises are the most affected sectors by the pandemic. As a result, rapid action was required to face the challenges facing these sectors, as well as taking urgent measures to support them as they play a decisive role in the global economy, especially in employing the majority of individuals, as they represent 95 percent of companies around the world.

The Saudi minister concluded that the G20 had reached non-binding guiding policies on enhancing its international competitiveness and improving its ability to communicate, compete and adapt in the face of emerging technologies and external shocks.