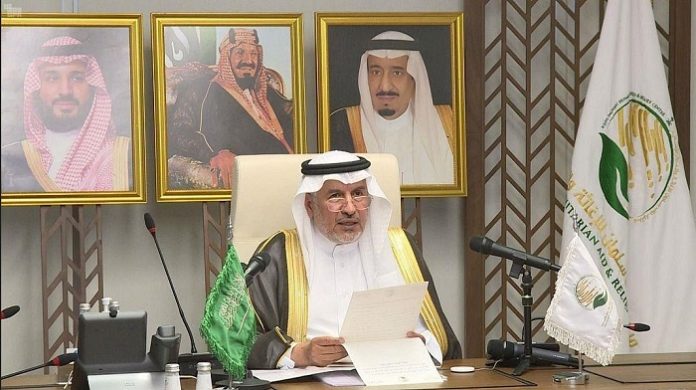 The announcement was made during the Yemen High-Level Pledging Event 2021, which was convened virtually and co-hosted by the Governments of Sweden and Switzerland and the United Nations to address the ongoing humanitarian crisis in Yemen.

The first two segments of the event were moderated by UN Under-Secretary-General for Humanitarian Affairs and Emergency Relief Coordinator Mark Lowcock; Swedish Minister for International Development Cooperation and Humanitarian Affairs Per Olsson Fridh, and Vice President and Head of the Federal Department of Foreign Affairs for Switzerland Ignazio Cassis.

Addressing the event, Al Rabeeah said, “I am honored to express the profound thanks and appreciation of the Kingdom of Saudi Arabia to the Governments of Sweden and Switzerland and to the United Nations for their organization of this virtual conference during the exceptional circumstances the world is experiencing due to COVID-19 and its variants. Today, we hope that we can reach solutions that are more sustainable and effective in alleviating human suffering in Yemen.”

Despite the challenges and obstacles caused by the COVID-19 pandemic and the major escalation of crises by the Houthi militias inside Yemen, Saudi Arabia has maintained its pioneering role and commitment towards Yemen and its people, he said.

Based on its keenness to alleviate the suffering of the Yemeni people, Al Rabeeah said, the Kingdom has pledged US$430 million to support the Yemen Humanitarian Response Plan 2021 to be implemented through UN agencies, international organizations as well as local and regional NGOs.

He also reaffirmed Saudi Arabia’s support for the security and stability of Yemen and the entire region, and its commitment to supporting all efforts aimed at reaching a sustainable political solution based on the Gulf Initiative and its executive mechanism, the outcomes of the Yemen National Dialogue Conference, and relevant UN Security Council resolutions, especially Resolution 2216.

Saudi Arabia has been the leading donor of humanitarian assistance to Yemen, said Al Rabeeah, spelling out that the Kingdom provided Yemen with humanitarian aid amounted to $17.3 billion, including support for the Central Bank of Yemen ($2 billion), assistance to Yemeni refugees in Saudi Arabia ($8.13 billion), and support to Yemen’s Government ($199 million). The amount also included $296.74 million for development support and $3.5 billion offered through KSRelief, which has contributed to implementing 575 multisector programs and projects in Yemen since 2015.