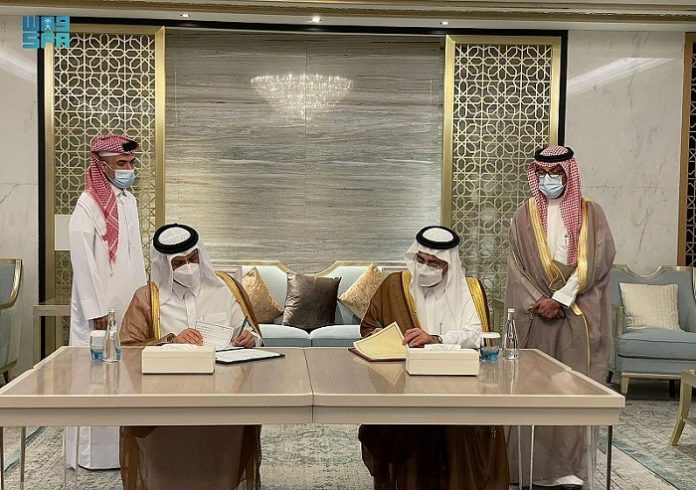 During the meeting, they also reviewed the distinguished relations between the two sisterly countries, and signed a protocol amendment to the minutes for the establishment of the Saudi-Qatari coordination council, which will be under the co-chair of Crown Prince Mohammad bin Salman and Qatar’s Emir Sheikh Tamim bin Hamad.

The Council, whose membership includes senior officials from both countries, is a comprehensive framework for strengthening bilateral relations and pushing the partnership between the two countries to broader horizons in accordance with the Kingdom’s Vision 2030 and Qatar’s 2030 Vision.