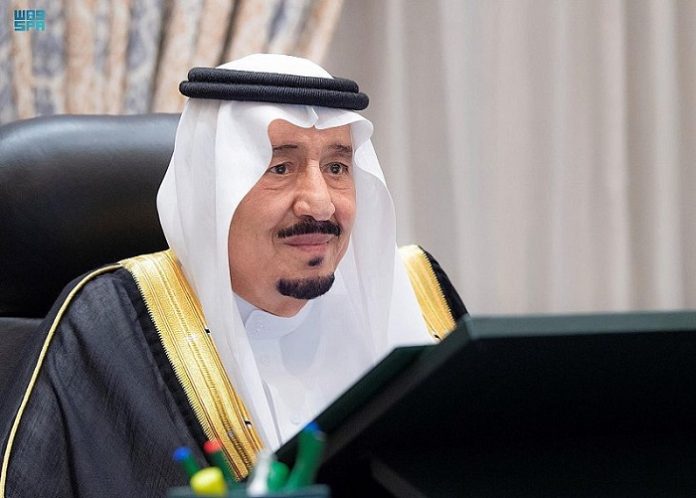 Neom (UNA-OIC) – Saudi Arabia reiterated its unaltered position in making the Middle East a zone free of all weapons of mass destruction, as well as the Kingdom’s reaffirmation of the importance of the Chemical Weapons Convention (CWC), due to the significant importance of its goals and role in promoting international peace and security.

This came during the Saudi Cabinet’s session held virtually on Tuesday under the chair of Custodian of the Two Holy Mosques King Salman bin Abdulaziz Al Saud.

At the outset of the session, the Cabinet was briefed on the recent talks that took place between the Kingdom of Saudi Arabia and a number of countries with the aim of strengthening and developing relations in different fields. These included the letter that King Salman sent to Côte d’Ivoire’s President Alassane Ouattara.

The Cabinet touched upon Saudi Arabia’s influential role in international forums, through the United Nations, international organizations and the G20, with the view of serving common interests and achieving further security, peace, stability and development, in order to contribute to building a stronger world against challenges.

In a statement to Saudi Press Agency (SPA), Minister of State, Cabinet’s Member and Acting Minister of Media Dr. Essam bin Saad bin Saeed said the Cabinet addressed the results of Saudi Arabia’s participation in the meetings held within the work of the 76th Session of the UN General Assembly. The Kingdom affirmed, during these meetings, its commitment to joint cooperation, support for humanitarian and development efforts, and enhance the stability of global oil markets, in addition to contributing to achieving global goals to combat climate change through the Kingdom’s most qualitative initiatives, namely Saudi Green Initiative, Middle East Green Initiative and Circular Carbon Economy.

The Cabinet considered the Kingdom’s election to chair associations and unions in the World Intellectual Property Organization (WIPO) as a new success added to its record of achievements in this field. It also demonstrates the Kingdom’s position and value at the international level.

The Cabinet, while reviewing developments in the region and the world, followed the efforts of the Coalition to Restore Legitimacy in Yemen in taking and implementing all necessary measures and procedures to confront the Houthi militia’s terrorist acts of targeting civilian objects and civilians in Saudi Arabia, threatening shipping lanes and international trade in Bab Al-Mandab Strait and the Southern Red Sea.

The Cabinet commended the launch of the National Investment Strategy (NIS), a key enabler to deliver on Vision 2030, whereas the NIS will develop investment opportunities in promising economic sectors, improve the business environment, enhance its attractiveness and competitiveness, and increasing the effectiveness of the partnership between the public and private sectors, which all will contribute to maximizing the use of Saudi Arabia’s distinguished strategic location, pioneering investment power, and an Arab and Islamic depth.