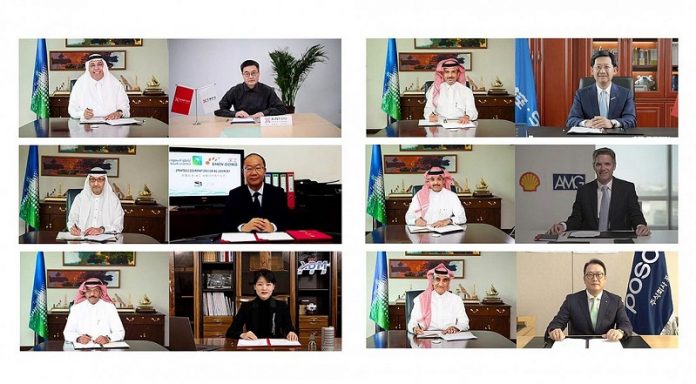 It is a significant milestone in the company’s In-Kingdom Total Value Add (iktva) Program, which marks its fifth anniversary on December 1st. The expansion includes plans for new international partnerships and the establishment of companies through an Industrial Investment Program (IIP), which is linked to the development of Aramco’s business.

These new collaborations reflect Aramco’s commitment to increasing the company’s reliability and operational efficiency, as well as its commitment to further enhancing the Kingdom’s commercial ecosystem and increasing employment and development opportunities for talented Saudis.

Aramco’s President and Chief Executive Officer Eng. Amin bin Hassan Al-Nasser said that since iktva’s launch, the company’s local content index has increased from 35 percent at the end of 2015 to 56 percent.

“Today’s announcement is a step-change in Aramco’s pioneering iktva program which was launched in 2015. Despite the uncertainties surrounding the global economy, we have sustained our focus on our long-term goals to enable growth and development for a thriving ecosystem and a more diversified Saudi economy,” Al-Nasser said.

“These new partnerships will contribute to advancing innovation, sustainability and enhance the scale of reliability in our business ecosystem and, in addition, benefit companies operating in the Kingdom’s vast energy and chemicals sector. These partnerships will also have a strong focus on new technologies, by maximizing our investments in non-metallic materials and the circular carbon economy, as well as the development of talented Saudis in communities where we operate,” he added.

Aramco’s Senior Vice President of Technical Services Ahmad Al-Saadi said: “Aramco has a long history of supporting the local business ecosystem. Our iktva program is a manifestation of our commitment to this and the resulting investments, either directly by Aramco or indirectly by suppliers, have promoted localization, contributed to Aramco’s supply chain resilience and enhanced Saudi Arabia’s economic growth.”

“Our planned partnerships will continue this journey and advance the Kingdom’s economic progress. We intend to act as an enabler, supporting the growth of national champions. Today we are expanding our flagship program, and expect more partnerships in the future,” he added.