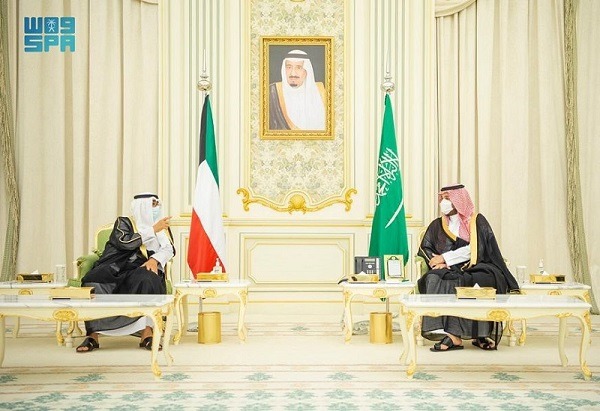 At the outset of the meeting, the Saudi crown prince received a written message delivered by Sheikh Mishal Al-Sabah addressed to Custodian of the Two Holy Mosques King Salman from Emir of Kuwait Sheikh Nawaf Al-Ahmad Al-Jaber Al-Sabah.

During the meeting, they reviewed the close relations between the two countries, aspects of bilateral cooperation in various fields and opportunities to enhance them, in addition to regional and international developments and the efforts made towards them in a way that strengthens security and stability.