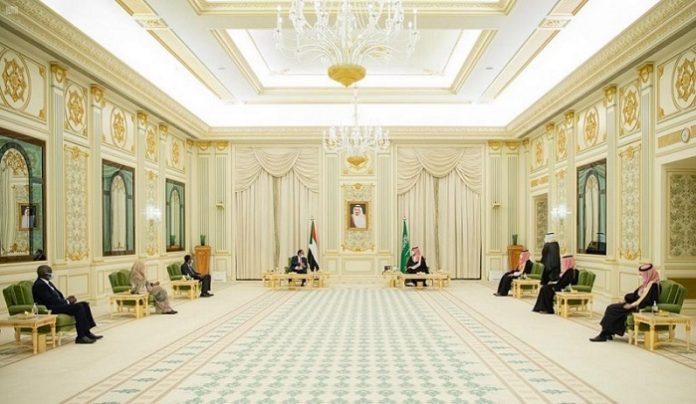 During the meeting, they reviewed the Saudi-Sudanese relations in various fields, and ways to develop them, including development and investment aspects, in addition to a number of issues of common interest.

On the Sudanese side, the meeting was attended by the Minister of Cabinet Affairs Khaled Omar Yousef; Foreign Minister Mariam Al-Sadiq Al-Mahdi; and Minister of Finance Gebriel Ibrahim Mohammed.